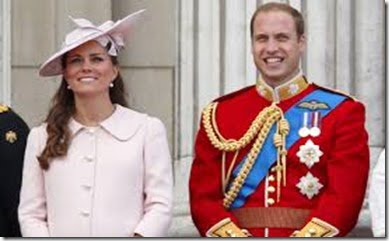 Major congrats to the Duke and Duchess of Cambridge! A baby boy has been born! We’ve been waiting, holding our breaths, counting the minutes but the moment finally arrived. The Duchess was admitted into St. Mary’s Hospital Lindo Wing early this morning and just a little over twelve hours of labor after and reportedly by “normal birth” we welcome to the world their first born.

What a joyous occasion this day is! Not only for the first time parents but for the whole world who’s been following the event. Can you imagine their excitement and the Duchess’s to give life to Britain’s heir; as exciting as this is for her the world also shares the news. The media and live streams are going crazy on the royal baby arrival. The full statement from Kensington Palace:

Her Royal Highness The Duchess of Cambridge was safely delivered of a son at 4.24pm.

The Duke of Cambridge was present for the birth.

The Queen, The Duke of Edinburgh, The Prince of Wales, The Duchess of Cornwall, Prince Harry and members of both families have been informed and are delighted with the news.

Her Royal Highness and her child are both doing well and will remain in hospital overnight.

The notice giving details about the baby – the third-in-line to the throne – left St Mary’s Hospital in London by car for Buckingham Palace. It has been signed by the Queen’s former gynecologist Marcus Setchell, who led the medical team that delivered Kate’s baby.

Just as reported earlier traditional announcement must follow; the notice will be placed on an easel in the palace’s forecourt just like the announcement of William’s birth on June 21, 1982, a traditional element of royalty in contrast to our emails and Twitter. The new royal baby will be the Queen’s third great-grandchild and is destined to be crowned monarch, he will be the 43rd sovereign since William the Conqueror if, as expected, it follows reigns by the Prince of Wales.

A statement from the Prince of Wales:

Both my wife and I are overjoyed at the arrival of my first grandchild. It is an incredibly special moment for William and Catherine and we are so thrilled for them on the birth of their baby boy.

Grandparenthood is a unique moment in anyone’s life, as countless kind people have told me in recent months, so I am enormously proud and happy to be a grandfather for the first time and we are eagerly looking forward to seeing the baby in the near future.

Everyone is just thrilled and overjoy over the birth of a baby boy, looks like all the prayers where heard huh! Just as you await for your favorite rock star thousands cheer outside the palace as they share the happy news; some remembering Diana, others still in disbelief, but everyone certainly happy to be a part of royal history.

Now it comes the next question, after figuring out the gender we can’t wait to hear the name! When William was born the world found out about his name a week later and when brother Harry came into the world, Diana waited a whole month to break the news. Do you think in our fast tech time will find out sooner??

We need to keep in mind a name and specially one given to a royal family member sets an important trend not only for the media but in one’s character so its usually carefully chosen. Kate’s friend have been helping with ideas but we can expect the name to be safe and now that we know it’s a baby boy; bookmaker William Hill reports George as one of the top in the list.

What do you think it should be their pick? Most likely they will honor someone within the family, being on Kate’s side it could be her father’s name Francis or brother James. Both pretty fir for monarchy don’t you think?