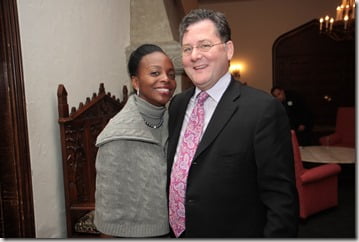 Meet Rochelle Smith Trotter, the wife of Charlie Trotter who is Chicago-based restaurateur and one of the nation’s top chefs having been in the Culinary Hall of Fame Induction.

Rochelle is a former public relations exec, in 2011 she made big waves as owner of R’Culinaire, a culinary consulting firm that works with developers, hoteliers, and chefs throughout the world.

She’s classically trained in French cooking, has an MBA in Marketing and Finance, and wields chef’s knives and calculators with equal expertise. Reads an article from Ivy Gracie on describing her success as a business woman. 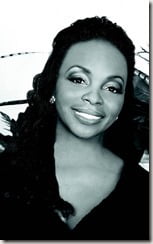 But her success comes from hard work and she started at a very early age. At only 13-years-old she worked at a clothing store which was her first job and she kept on working full time through college and graduate school. She completed her undergraduate at DePaul University and earned her MBA from Kellogg School.

She grew up on the West Side of Chicago, the third of four children. Her parents worked multiple jobs to pay for catholic school. During the weekends her mother taught her to grow and prepare food but her mother tragically died of cell anemia when she was only 10.

After she became highly successful working for the theatrical products division at Home Entertainment she found herself making a deal with God when a car accident almost took her life. At that moment she vowed to follow her true passion: a life in the culinary world. 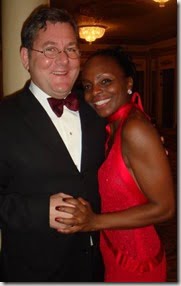 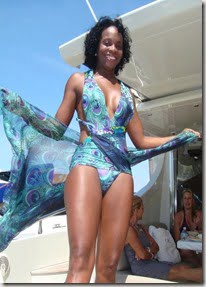 She turned her life around and found herself in France not only learning the language but enrolled in the Ritz Escoffier culinary program.

Her life in the culinary world took her to meet who would become the love of her life in 2000. That’s the year she and Trotter found themselves at a Benefit for Rochelle’s culinary idol, Julia Child.

Their relationship took off a few months later after her future hubby gave her a lecture on being on time for a business meeting. The couple kept things nice and casual until they tied the knot in 2010 in the Maldives.

Trotter is constantly on the go, but fitness is a key to her happiness.

“You’ll find me working out at the 24-hour XSport Fitness, which [is perfect] for my busy, nontraditional schedule,”

And I’m sure you must be wondering where does the culinary insider eats? She reveals her three meal spots saying

“For power breakfasts, you’ll find me at the Peninsula Hotel in The Lobby restaurant. When I have an important lunch meeting, I’ll go to RL restaurant off Michigan Avenue. Of course, for intimate dinners, I dine at my husband’s restaurant in Lincoln Park, Charlie Trotter’s.”

Rochelle loves live music; adores the opera and enjoys listening to her friends, vocalist Dianne Reeves and pianist Andre Watts, at the Chicago Symphony Orchestra. She usually hits summer shows at Ravinia Pavilion; and has a penchant for soulful, bluesy crooning.

No doubt she is a delightful woman and although her life could be described close as perfection the last few years this is certainly a hard time in her life, with the most respect are thought go out to her during the difficult loss of her husband.

Her husband was previously married and from that relationship he fathered a son named Dylan.