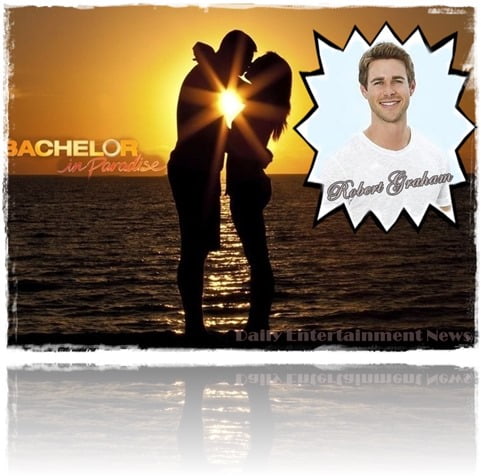 Rekindle your interest in Robert Graham who you first met  in the Bachelorette last, Robert is one of the 25 contestants on Bachelor in Paradise. Robert Graham, 31, and advertising entrepreneur who we all saw for the first time last year when  he competed for a chance to win Desiree Hartsock’s heart on the 17th season of The Bachelorette.

Robert was eliminated during the second episode,while Juan Pablo Galavis was eliminated on episode six. Many people found a resemblance between Robert Graham and Liam Hemsworth, do you too? I don’t know about that, Robert is hot for sure just like Liam, and like Liam Robert has one **** of a **** brother!! His name is Michael Graham. 31-year-old Robert Graham from Glendale, Arizona, studied Strategic Marketing and Leadership Services at Arizona State University. In 2006 Robert was working as a real estate broker at while living in Cali he founded Aarrow Advertising.