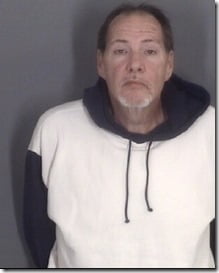 According to reports Robert Gilliam was convicted of domestic battery and was sentenced to three years’ probation plus time served in jail (69 days). He has to attend a 52-week domestic violence program and must stay at least 100 yards away from Kelly at all times all this after he allegedly attacked his wife of nearly a year for not giving him money!!! An enraged Gilliam proceeded to beat her up and almost chocking her!

This is not the first time the couple has been involved in violent actions to each other, back in November 2012-only a month after their marriage- they were both behind bars for assaulting each other in their North Carolina home! They were married in October 2012, I guess love would make you do crazy things??

Lisa 43, who was once the dream of many teens around the country said about playing Laurie Foreman on That 70’s Show:

I love the character that I play! It is perfect for me because Laurie and I have a lot in common. Like being flirtatious and being manipulative with Dad, and having a combative relationship with my brother

The troubled star has had several ups and downs on her personal life, she was previously involved with John Michas and was also arrested for allegedly physical assault on her ex-boyfriend. Her legal issues doesn’t seem to end but apparently she is trying to take a different path now; the actress filed for divorce from current hubby Gilliam. But Robert’s wife still needs to face a lot of legal hassle since she also faces charges in suspicions of DUI! This only a couple of weeks before she made up her mind on dumping Robert Gilliam. Her abuse on substances and poor personal choices is passing the bill.

Now that she is “done with her marriage” as she tweeted on June 23, do you think we’ll see her, just as her tweeter feed reads:

I am a fine member of society. I never question authority. I hate excitement. I stay away from trouble

being back a fine member of society??