Robert Adamson, the TV and film actor used to be in a relationship with Linsey Godfrey, the stunning soap actress.

Linsey Godfrey and Adamson are well known TV actors and were an item a few years ago. The two however split, that said the ex’s will forever be bound to each other through their daughter. To speak about one of them is to speak about both of them.

Here we’ll tell you all about the former couple, their works and the life they once shared.

Adamson is a Salt Lake City, UT., native who graduated in 2005 from the American Academy of Dramatic Arts-West.

He landed his first acting gig on an episode of the series, Cold Case in 2005. He is known for portrayed the role of Phil Sanders on Hollywood Heights alongside Cody Longo. He is also known for his portrayal of Charles Antoni in Lincoln Heights.

However, you may know Adamson best, for giving life to Noah Newman on the soap opera The Young and the Restless. In 2012, he became the fourth actor to play this role.

The actor’s net worth which mostly comes from his acting career is said to be between the $1 and $5 million mark.

How old is Robert Adamson?

How tall is Robert Adamson

According to online sources, Adamson stands at 1.77 m

Who is Robert Adamson dating?

It looks like the actor is currently single. In addition to Linsey Godfrey, he was also romantically linked to actress Teri Andrez. Why is Robert Adamson leaving Y&R?

Adamson left the show in 2018, after almost six years. During his stint on the popular soap, the actor became an integral cast member. After five years of playing the role, Adamson was written off the show when his character was sent overseas.

“I will personally be back any time they wish,” the actor added, “schedule permitting. That said, as the great Russell Hornsby once told me, ‘The job always ends.’ I’ve always tried to live by that mantra and to see every end as a new beginning. Actors start fresh every time. It’s one of the great blessings of my job. Hope to be back as Noah one day, but looking forward to inhabiting new and exciting characters in the future!” Adamson has never ruled off the possibility to make a comeback. He consideres the whole cast family and he’s always hanging out with the cast.
That said, he announced in 2020 that he ‘got the call from Y&R’ but due to the pandemic he wasn’t sure he would be able to return.

Where is Linsey Godfrey from The Bold and the Beautiful?

Linsey Godfrey is perhaps best known for portraying the role of Caroline Spencer Forrester on the soap opera The Bold and the Beautiful. Since then she’s appeared in numerous TV shows.

Before becoming famous, Linsey Godfrey went to South Fork High School and later made the move to Los Angeles to pursue a career in entertainment.

At just 18, she was diagnosed with Hodgkin Lymphoma, however that didn’t stop her from pursing her acting dreams. 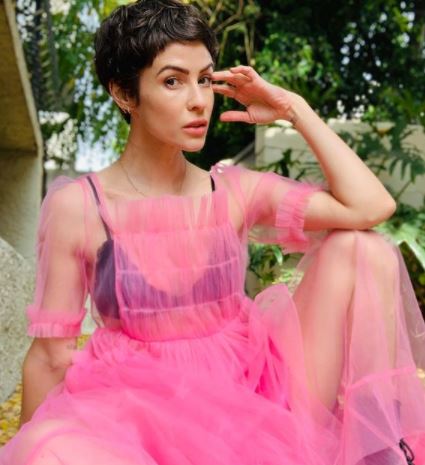 Back in 2005, in the middle of her treatment, she landed a role on hit show One Tree Hill. That was her acting debut. In 2006 she had a recurring role as Caitlin Blum in the television series Surface.
From there, she’s appeared in other programs including NCIS, Cold Case, and eventually received stardom as a soap opera star in 2012 by her starring role as Caroline Spencer in The Bold and the Beautiful and The Young and the Restless. In 2014 she was nominated for a Daytime Emmy Award for Outstanding Younger Actress in a Drama Series for The Bold and the Beautiful.

Godfrey has also appeared on the big screen, she’s had roles in the movies The House Bunny, The Culling, and Altergeist.

In addition to her success on the red carpet, Godfrey has also been involved in charity efforts, she’s been active in raising awareness for ALS. She is in addition an ambassador for @inaraorg; which provides access to life-saving & life-altering medical assistance to children impacted by war.

According to the TV star, she was diagnosed with stage 3 Hodgkin Lymphoma, and on the day of her 18th birthday she shaved her head to prepare for treatment.
She underwent 12 rounds of chemotherapy over 6 months, and was declared “cancer-free” in January 2007. Throughout her cancer journey, she says she stayed positive by spending time at the beach and the great outdoors, and now she’s sending support to fellow survivors.

Last October, in honor of Blood Cancer Awareness Month, she spoke about her experience on social media, writing in a post

“I feel so lucky to know so many women survivors, who fought beautifully and are here to enjoy each day as it is, a gift,” “Today we celebrate the warriors who continue their fight!!”

In her most recent social media post, from November of 2020, she announced she was taking a break

I’m taking a social break to spend time with my family and friends, work on my personal relationships and most importantly taking time to focus myself and my mental health. ❤️
In the meantime, keep up the good fight, stay loud and STAY WEIRD

She also added we may see more of her on TikTok

(You may catch me doing an occasional tiktok dance video. I can’t resist the dance sometimes!!)

How old is Linsey Godfrey

Who is Linsey Godfrey married to?

The stunning actress isn’t currently married and has never been married before.

Who is Linsey Godfrey dating

It appears after her public relationships with both Robert Adamson and later with, Breckin Meyer, the actress and mother of one is taking some time to be on her own. After taking a glance at her social media, she appears to be currently single and focusing on herself and her young daughter.

Linsey Godfrey has been a few relationships in the past. The blonde has been public about her romantic life not hiding away from cameras.
The actress was once engaged to fellow actor, Robert Adamson.
A couple of years later after her split from Adamson she began a relationship with another actor, Breckin Meyer. That relationship also ended.

Robert Adamson and Godfrey were in a serious relationship and were even engaged at one point. The Young and the Restless co-stars, began dating around 2013, that same year they announced they were expecting their first child together. From their relationship, the ex’s share a daughter, Aleda Seren Adamson, born on June 12, 2014.
By August of 2015, Adamson and Godfrey announced they had ended their engagement and were no longer in a relationship. Despite their split, the two said at the time they would remain close in order to continue raising their daughter. The two appear together last on April 26, 2015 at the Daytime Emmy Awards.

Actor/comedian Breckin Meyer and Linsey Godfrey began dating in 2017. However, the two split last summer. A reason for their breakup is not clear.

For their anniversary in early 2020, she wrote on IG

“Happy anniversary to the love of my life. Bugsy when you came into my life you changed everything for the better. You are my best friend, you’re my favorite comedy partner, my forever dance partner and the most beautifully brilliant brained baby ever!”
“I’ve never had such a true support system. One filled with love, compassion and kindness. You’re tops in my book handsome face! I love you, like a wooden ball and leaf, for all the Evers. My perfect partner. My perfect perfect ❤️”

46-year-old Breckin Meyer is well known for appearing in numerous 90’***** films including Freddy’s Dead: The Final Nightmare and Clueless. 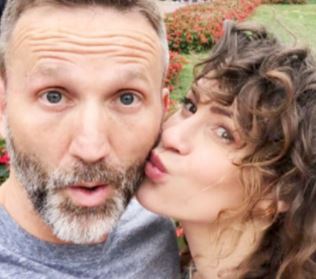 Meyer was nominated for an Emmy for his writing on the Star Wars episode of Robot Chicken. He was also the voice of Joseph Gribble on King of the Hill and starred in Adult Swim’s “Titan Maximum”. Meyer is also a musician and plays drums in the punk band The Street Walkin’ Cheetahs.
He shares two children with ex-wife Deborah Kaplan, to whom he was married from 2001 until 2014.