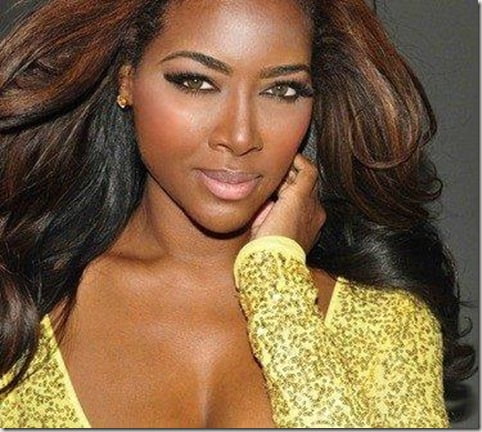 If you are a loyal Real Housewives of Atlanta fan, sure you didn’t miss Kenya Moore & Porsha Stewart’s Brawl At Season 6 ‘RHOA’ Reunion

The gorgeous 43-year-old former Miss USA turned actress, producer, writer and director told HollywoodLife.com  I’m excited to get the truth out,” in New York City on March 20, 2014; just a week before the ladies got together to shoot the famous two-part-special yesterday, March 27.

The reunion doesn’t air until Sunday, April 20 on Bravo, but yesterday was quite the scene! Just picture hair-pulling, screaming and security. Yikes!

But let’s stay classy and before pulling any conclusions let’s tone it down a bit and focus on Kenya’s more delightful affairs. 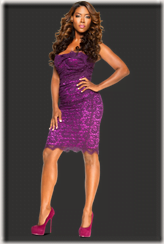 Originally from Detroit, the former psychology major left Michigan with fierce drive and determination to build her own unique brand.
Perhaps most recognized for being crowned Miss USA, Kenya is also known for acting and having worked with many “A” list stars, is a film and TV producer and CEO of Moore Vision Media. She finds Atlanta to be the perfect environment to grow a business and a rich social life. Aside from being a serious career woman, Kenya enjoys writing, traveling, hitting the gym, and never passes up an opportunity to speak her mind. A hopeless romantic, Kenya is ready to start a family with her Mr. Right. She is relentless in her pursuit of happiness and is determined to have it all on her terms. 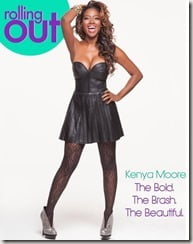 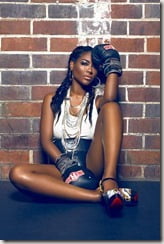 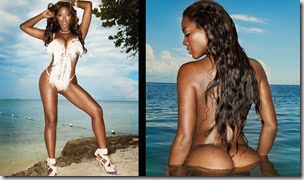 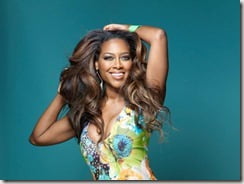 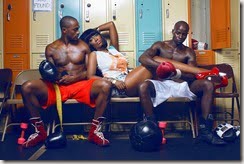 Her fantastic figure has enabled her to star in countless shoots including the making of a fitness program. But Moore who seems to have achieve every success in her professional life apparently cant say the same about her personal side. 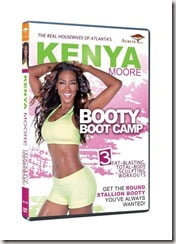 The RHOA star who has never been married or had children of her own dropped the bomb earlier this year she was ready to have a baby and was in the “picking the child’s daddy” stage for her vitro fertilization baby making plan. Just last December she talked about a mystery man of whom she said “he is very successful and he runs a multi-billion dollar company,” during a visit on The Wendy William’s Show.

She has publicly stated having children will make her complete but apparently her “African Prince” is not quite convinced just yet. Wouldn’t you like to meet her mysterious man??