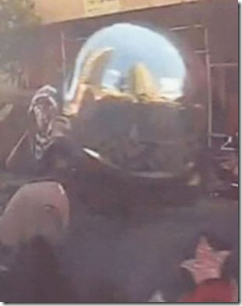 Meet Reginald Chance a 38-year-old man from Guyana who has been identified by NYPD as the biker who brutally beat tech executive-Alexian Lien- after a terrifying chase through the streets of New York on Sept. 29.

According to online records Reginald J Chance was born on May 12, 1975 he has been living in Brooklyn, NY. since 2005. Reginald is related to Northleen Thornhill who is a native from Georgetown, Guyana but currently resides in Queens, NYC. Thornhill is believed to be his mother and according to her Facebook, she has three children. Son Reginald, and daughters Karen Chance who currently livens in Atlanta and works for UPS and Sharon Chance Boyce. 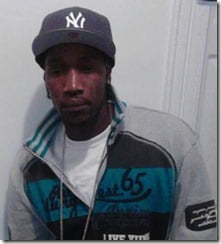 According to The New York Post, Chance has lawyered up and is expected to surrender by today Friday, according to two law-enforcement sources speaking on condition of anonymity. He has become the top target from Sunday’s shocking motorcycle road rage attack that went viral and resulted in affected families on both sides. On one side you have 33-year-old Lien and his wife and child terrified and possibly traumatized and on the other Jeremiah Mieses, one of the bikers who was struck by Lien on his attempt to scape the biker’s vicious attack and as consequence left him paralyzed.

Lien was beaten so badly he had to be hospitalized after the enraged dozens of members of the biker rally confronted him. The Lien’s family released a statement saying:

‘We were faced with a life-threatening situation, and my husband was forced under the circumstances to take the actions that he did in order to protect the lives of our entire family

According to reports Chance worked as a driver and supervisor for a Bimmy’s sandwich shop in Queens.

On his defense the 38-year-old claims he is innocent and that it was Lien who hit him with his SUV, and he was retaliating. In an interview Chance tells Fox New York:

“Two minutes prior this guy almost took my life from me, and I’m the aggressor because I smashed the window?”

What would you answer him?