Rebecca Olson, you can also call her Mrs. Gupta. She is the wife of Sanjay Gupta. Rebecca’s hubby is no stranger to the cameras you’ve probably see him on CNN as their Chief Medical Correspondent.

Her multiple Emmy®-award winning practicing neurosurgeon hubby is widely known for his work as a medical correspondent and reporter.

Her hubby has become without a doubt a prominent figure, Gupta a neurosurgeon and an assistant professor of neurosurgery at Emory University School of Medicine, is also the associate chief of the neurosurgery service at Grady Memorial Hospital in Atlanta, Georgia.

Fast forward to 2011, Gupta was named “one of the 10 most influential celebrities” by Forbes magazine.
Back in 2015, Gupta made headlines after it was reported he misidentified a patient on whom he operated. The incident throws fresh light on Gupta’s dual roles as doctor and reporter, according to NPR.

Rebecca Sue Gupta and her hubby have been married for over a decade. She became Mrs. Gupta in a Hindu wedding ceremony. The couple and their family are longtime Atlanta residents. Ms. Gupta was born Rebecca Sue Olson and has been known as Rebecca Gupta following her 2004 nuptials.

Sanjay told during an interview how he proposed to her saying:

“I wrote her a poem and in the last line asked her to marry me,” “Watching her read it, I was very nervous it was over a page long.”

He was down on his knee ready to propose before Rebecca finished reading the poem. They were married on May 15, 2004, in a lavish Hindu wedding ceremony at The Shell House on the grounds of the private girls’ school Ashley Hall in Charleston, South Carolina. Like her husband, she is a career woman. Rebecca Olson is a family law attorney.

According to a Facebook profile, Rebecca wen to Novi High School in Michigan graduating in 1987. She belong to the class of 1992 of the University of Michigan and also attended University of South Carolina – Columbia for her law degree.

Rebecca Olson Gupta has been practicing law for decades. It is believed that she’s self-employed and not associated with a law firm.
Rebecca who is a licensed family law attorney in Atlanta, GA.; is also an active community volunteer. Is safe to say she is widely recognized as the wife of Dr. Sanjay Gupta. 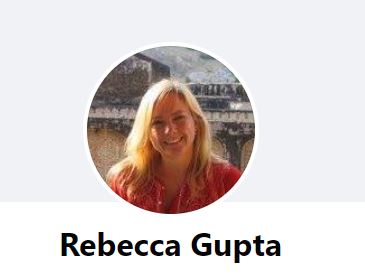 The lovely blonde is active on Facebook ; where she randomly writes about her amazing life and family sacrifices, giving a glimpse of what is like to be married to ‘America’s Doctor.’

Back in April, she wrote that her hubby had received 14k emails, saying he was a little overwhelmed.

…I also want to thank you all for checking in on us. Your messages have been so very meaningful. In the midst of this pandemic, it is amazing how much closer many of us have become. Even though we are physically distant, we are not at all isolated. I also know Sanjay is trying to answer as many texts and emails as he can, but he is a little overwhelmed. On a single day last week, he received 14,000 emails. I asked him what all the emails were about. He said he wasn’t sure, but thought they had something to do with a new breed of calico cat. (Somehow, someway my husband always finds a way to make me smile) I asked if he had happened to receive any emails about coronavirus. He shook his head and said “no, what’s that?”

How Old is Rebecca Olson Gupta?

Rebecca who has kept a low profile, has been in charge of taking care of the couple’s children, becoming the backbone of the family.

Sage Ayla Gupta was born in 2005, she is currently in her teens and is the first child born to Rebecca and Sanjay Gupta. She is currently a high school student living with her parents and two sisters in Atlanta.

Sanjay’s parents Subhash and Damyanti Gupta, are immigrants from India and Pakistan, who settled in Novi, Michigan, located on the outskirts of Detroit. 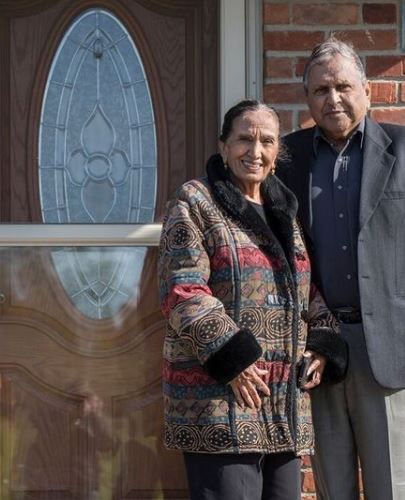 Both his parents worked as engineers for the Ford Motor Company.
Sanjay has credited his parents for instilling in him a strong work ethic and a deep desire to learn.

What Ethnicity is Sanjay Gupta?

Sanjay Gupta who was born to Indian parents, is considered to be Sindhi Indian. His mother was born in the village of Tharushah in Sindh, however she spent most of her life in India where she arrived at age five as a refugee.
His mother Rani, is a refugee from India who came to the U.S. to get her education. She became Ford Motor Company’s first female engineer in 1967. She was the first female engineer hired by Ford Motor Company.

Is Dr. Vin Gupta the brother of Sanjay Gupta?

Sanjay Gupta indeed has one brother Suneel Gupta. Vin Gupta and Sanjay Gupta are not related, it is by coincidence they share a last name and are both in the medical field.

Dr. Vin Gupta is a Pulmonary/Critical Care physician. He received his BA from Princeton, MD from Columbia University’s Vagelos College of Physicians & Surgeons. He earned his Master’s in International Relations from the University of Cambridge, and Master’s in Public Administration from the Kennedy School of Government at Harvard.

He is an assistant professor of Health Metrics Sciences at the Institute for Health Metrics and Evaluation at the University of Washington.
In addition, he is a health policy expert who in recent months has been caring for critically COVID-19 patients since the early days of the outbreak in Seattle.
He helped a cross-sectoral team stand up the Seattle Coronavirus Assessment Network, the nation’s first effort to scale home-testing for COVID-19.
He is a regular health policy analyst for NBC News and contributor to the New York Times and CNN New Day. 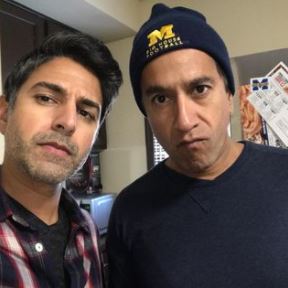 Sanjay’s brother, Suneel Gupta teaches innovation at Harvard University and is the author of the upcoming book, Backable.
In 2019, Suneel established the Gross National Happiness Center of America in partnership with the Kingdom of Bhutan.

Suneel Gupta is a Tech Entrepreneur and Co-founder of Rise Labs; who also made his attemtp to enter politics, Suneel finished in third place in 2016’s Democratic primary in a crowded five-candidate field in the 11th Congressional District.

He co-founded Rise, a nutrition coaching app which he sold Rise in 2016 to One Medical for $20 million.

How Much Is Sanjay Gupta Worth?

According to online sources Ѕаnјау Guрtа’ѕ nеt wоrth іѕ еѕtіmаtеd аt $12 mіllіоn. The 51-year-old earned his wealth from his numerous roles as neurosurgeon, medical reporter, actor, and writer.
He is viewed by many as one of the most respected journalists on CNN.

His salary according to online sources is around the $4 million mark.