Meet 55-year-old Ray Howland, an American Airlines senior manager who’s been charged with unlawful contact with a minor, criminal attempted rape of a child and related charges, according to reports.

The Texas resident allegedly posted online he hoped to meet with a ‘family or a couple of girls’ to have *** during a business trip to Pittsburgh. He arranged to meet with a mom and her 10-year-old girl who was posing as an undercover agent. He is due in court next week. 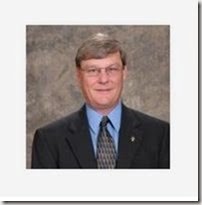 According to his LinkedIn, Ray has held several positions in AA and currently serves as a senior manager for technology systems planning. His summary states he has over 30-years experience in aircraft operations (both commercial air carrier and general aviation). He is also a Licensed Private Pilot and Aircraft Dispatcher.

His previous workplaces include Eastern Metro Express Airlines and Mesaba Airlines. Roy attended Presbyterian College obtaining a degree in Biology in 1980. In 1986 he got his FAA Aircraft Dispatcher Certificate, from Aviation Training, Inc. In 1992 he received a Basic Aircraft Accident Investigation course from the DOT Transportation Safety Institute.

Roy even has two recommendations from other AA workers, one says:

“I worked with David in the daily operations center of American Airlines. He was always maintained a cheerful, can-do attitude and was a pleasure to work with. Whatever task he was given was accomplished in a timely fashion, and accomplished well. I have no reservations recommending David for his work ethic and attention to detail.”

According to his Facebook page he is a native of Tucker, Georgia but currently resides in Arlington, TX. He can also be seen pictured with a teenage boy, believed to be his son.