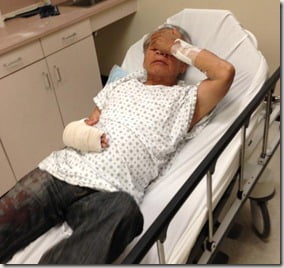 72-year-old Pak Chong Mar, from Queens, is the crazy man who attempted suicide by cutting his wrists outside the Today show in Rockefeller Plaza, as he stood in the audience and screamed “the IRS is watching me”. He was pepper sprayed and taken by NYPD and Today show security.

This is not the first time the suicidal man hurt himself in public. Pak Chong Mar chopped off three of his fingers with a meat cleaver and threw them to the crowd at a NYC festival in August 1995.

Armed with a blade and a knife, he began to cut his own wrists around 7:50 a.m. standing in the audience of the breakfast show. He screamed in broken English something about the IRS and how it ruined his life. According to witnesses, Mar also wanted people to read some documents he had brought with him and which he threw to the air later.

“He threw the papers up because nobody was taking them. He started cutting his wrists. People were running and screaming,” witness Kimberlee said. “I thought this guy might be doing a protest and kill people, and the rest of us would be trampled,” she said.

The Today show security staff and the NYPD went towards Mar who collapsed in a pool of his own blood on the floor, not harming anyone else. While he was on the floor, he took a second knife and tried to cut his other wrist before he was disarmed. Mar was taken away to St. Luke’s Hospital.

“It happened really fast — and then he was down,” said 21-year-old Jossie Edwards, a tourist from Easley, South Carolina.

After Mar cut himself in front of Matt Lauer, co-host Savannah Guthrie, the Today show team moved into the studio. The shocking incident was not shown to the Today show viewers. A police source told the New York Daily News:

“He was in the crowd but off camera”.

“Opening the 8 o’clock half hour inside the studio today because there was an incident out on the plaza,”host Matt Lauer explained after the commercial break. 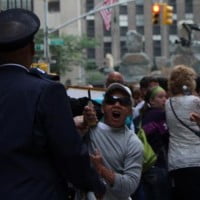 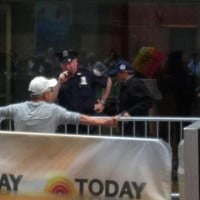 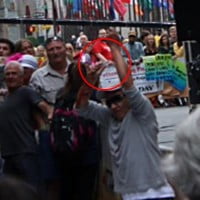 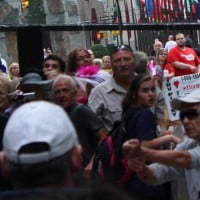 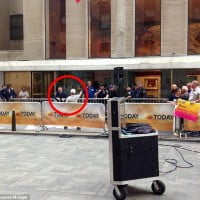 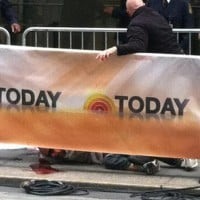 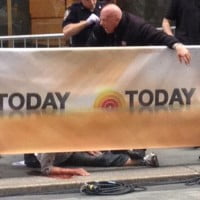 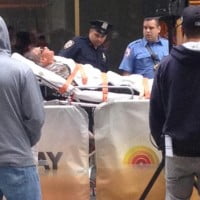