Olivia Caridi is one of the 28 women who are fighting at a chance to get Ben Higgins’s heart in the 20th season of The Bachelor.

Every season there is one girl that just rubs us the wrong way and becomes somewhat of a villain. It appears this season, Olivia Caridi might be the one!

There are other very interesting things about the blonde. Olivia Cairidi has her own blog, she is a journalist, anchor and reporter. She could be even bigger than our Bachelor.

According to her impressive page, Olivia Caridi attended Texas Christian University –where she served as a director for the university’s weekly television program. She was also involved in other high school activities, so let’s just say she’s probably well remembered by her teachers.

Caridi graduated *** Laude with a degree in Journalism with a broadcast emphasis and a minor in English. 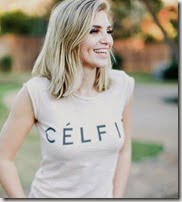 She landed her first job as a general assignment reporter at WCYB/WEMT-TV in Bristol, Virginia. She was quickly promoted to the main anchor position for the weekends.

Olivia Caridi’s page also says she ran her own teleprompter and was very involved in the producing of her shows. Is there anything this girl can’t do? 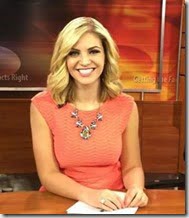 According to the WCYB station page, in her free time, you can find Olivia Caridi supporting the TCU Horned Frogs and the Dartmouth Big Green. The stunning 23-year-old, also loves to exercise, read and hike.

The multimedia reporter has a sister named Paige, who according to Reality Steve, plays volleyball at Darmouth.

Some spoilers say Olivia is among the girls to watch, after all she became the recipient of the First Impression Rose. However, the Inquisitr says Olivia’s sweet smile could transform into a whole lot of attitude later in the season.

Clips have shown Olivia at the center of drama, with her claiming to be a victim while her fellow bachelorettes accuse her of being one person with them and another with Ben.