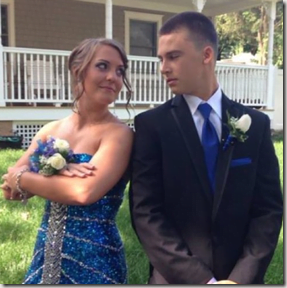 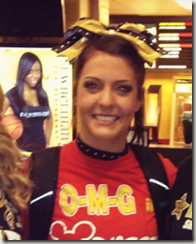 18-year-old Nicole Surace a freshman at Monmouth University in West Long Branch, graduated from Spotswood High School in June. A varsity and all-star cheerleader, Surace was a co-captain of the 2012-2013 squad. 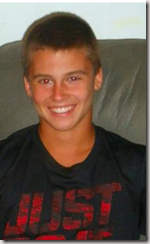 Szatkowski, a senior at Spotswood High School, was a member of the varsity football and baseball teams, according to sources close to the victims.

“We had our best season in 11 years and Jeff was a huge part of that,”

Both have younger siblings at Spotswood High School. According to his Facebook account, the two had been dating since 2012.

According to Zebro, the 2004 Ford Mustang operated by Szatkowski was traveling southbound on Dutch Road near Fresh Ponds Road at 7:50 p.m. The vehicle ran off the roadway striking a telephone pole; the vehicle then turned over in the wooded area striking a tree and landing on its roof. Police is still trying to investigate what caused Szatkowski to lose control of the car.

Both suffered serious injuries, police said. After the teenagers were extricated from the vehicle, they were taken to Robert Wood Johnson University Hospital in New Brunswick, where they later were declared dead.

“They were both such quality, first-class kids”

“A parent should never have to bury their own kids and my heart and the heart of the school community is really out to both families.”

An improvised memorial was built near the scene of the tragic crash.

Our condolences to both families, may they rest in peace.