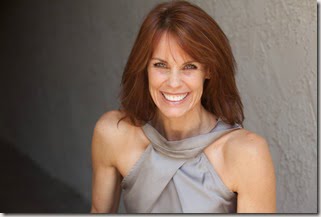 We hear about total strangers going crazy about their favorite stars all the time. Wacky stories on how stalkers become border line obsessed with celebs are not quite shocking, we know it can get to a very dangerous point when this people in their fan crazed “love” start showing up everywhere stars might go!

Well this what happened to Baywatch actress Alexandra Paul at first. She and her stalker Nicole Albrecht met a while back when Nicole asked if she could use Paul’s bathroom for her little brother. Paul says Nicole’s gratitude became a little over the top showing up with gifts up to three time on the same week and thought it would be a good idea to get a restraining order against her after Nicole who is a German citizen started showing up  at Alexandra’s gym and nearby pool.

TMZ reports the two women somehow ended up in a room with a mediator, and they agreed to stay clear of each other at the gym, the pool and Alexandra’s home. And Alexandra agreed to drop the order. But after a few more encounters allegedly “unwillingly” on Nicole’s part; she has now fired back and has been granted a restraining order against the 50-year-old actress!

At first, Paul alleged Albrecht grabbed her in a gym car park and appeared to chase her during a hike. Paul reported her alleged stalker to the police in May before filing her request, and a judge granted a restraining order against Albrecht which means she has to remain at least 25 feet away from the star and her husband Ian Murray, The Daily Mail said.

But after the order was drop the encounters kept on happening and now that tables have turned in what it is most unheard-of the stalker Nicole, has become the stalked one! All because Paul caused some drama and got too close to Nicole when trying to make her leave the area.

Albrecht’s restraining order against the actress, prohibits the star from threatening, intimidating or stalking her!
We found a possible Nicole on Facebook, here.