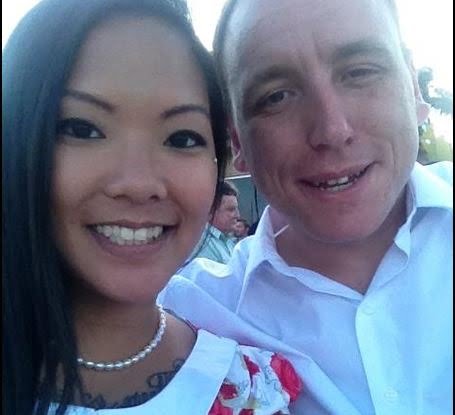 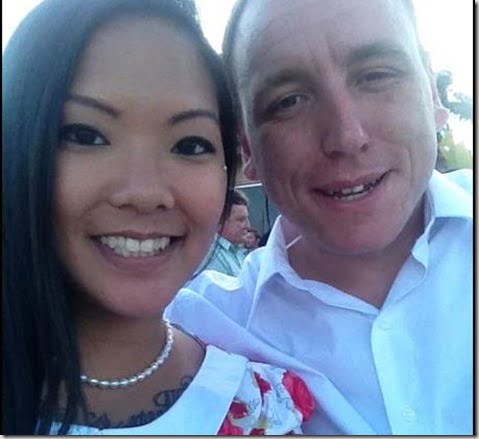 Her man is the current hot dog eating world champion for the eight-time. Joe consumed an astonishing 61 hot dogs in 10 minutes (that’s buns and all, ladies.) He’s currently ranked first in the world by the International Federation of Competitive Eating.

Neslie who was born July 27, 1987 will soon celebrate her birthday as an engaged lady! The 30-year-old popped the question to his girlfriend of three years on stage at prior to the Coney Island Hot Dog Eating Contest, and half an hour later, he was crowned the champion again this year.

He didn’t break his record though. Chestnut devoured eight hot dogs short of his previous record, 69 but still became a doubled winner by getting engaged and winning the contest 8-times. 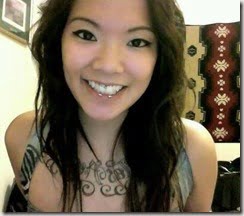 Neslie who is an accounting graduate, describes herself on her twitter bio as

Ricasa is a California native, she currently lives in San Jose, Cali. which is also Chestnut’s hometown. She has two brothers, one named Paul Ricasa. 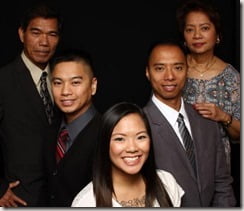 You might wonder what they have in common, well as it turns out, Neslie has also participated in eating contests before, take a look at the video below.

Althoug her man remains the king of hot-dog eating; at the 2013 Day-Lee World Gyoza Eating Championships in Los Angeles, Ricasa threw back 59 dumplings in 10 minutes! 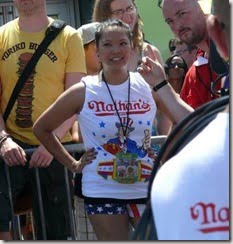 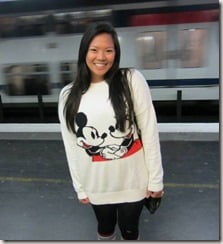 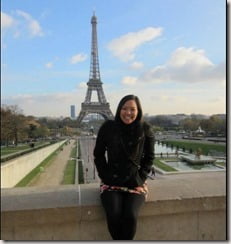 Neslie who shares the same roof with Joey and trains with him for contests, is supper supportive of him, they both submerge into a complete regimented diet when practicing for a contest.

She’s awesome. She’s a great girlfriend. I’m so lucky to have her. She pushed me to a new record. 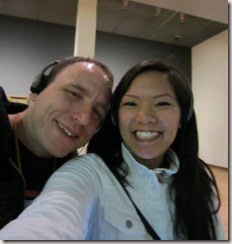 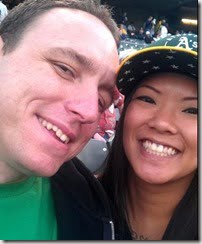 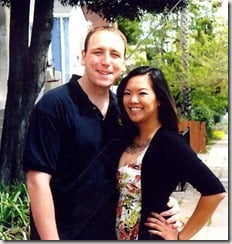 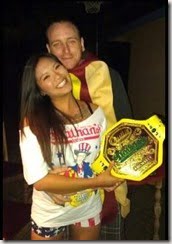 Chestnut’s career in the world of competitive eating began in 2005, when the young San Jose State University first became ensnared in the unique subculture of competitive eating. His break out performance was in a deep fried asparagus eating competition, in which he placed first by eating nearly six and a half pounds of deep fried asparagus in 11.5 minutes.

There is no gagging when it comes to this couple! Congrats! 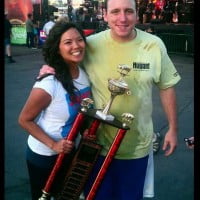 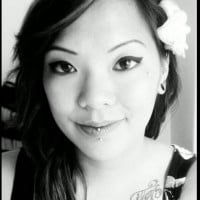 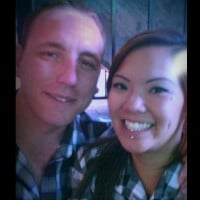 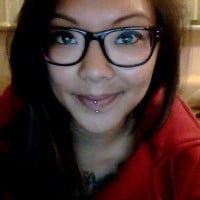 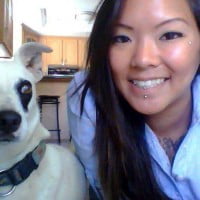 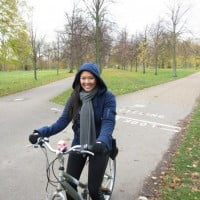 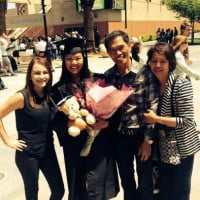