Melissa Ott  is the girlfriend of  WDBJ cameraman Adam Ward –who is one of two broadcast journalists killed in a shooting while working live!

The shooting was captured on live television in Moneta, Virginia early this morning. Outlets say Ward was filming reporter Alison Parker –who was conducting a live interview –when the shooting took place, about eight shots later Adam and fellow WDBJ worker were dead.

The Daily Mail reports, CBS’s general manager later came on the air to confirm Parker and Ward’s deaths. Parker was 24 and Ward was 27.

Ward attended Salem High School in Virginia and then Virginia Tech in 2011. He had been working at WDBJ since 2011. He started in the production department, before working as a camera operator in the studio and then becoming a cameraman in the field.

Melissa Ott happens to be a WDBJ morning producer. According to staff form the station Melissa and Adam were engaged. The staff revealed it was Melissa’s last morning producing the show and there was a celebration earlier in the morning. She planned to move to a new job in Charlotte, North Carolina, and Ward was going to follow here there. 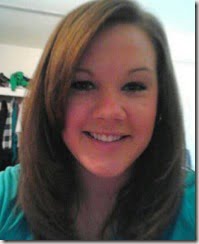 26-year-old Melissa is originally from Gibbstown, NJ and is currently residing on Roanoke, Virginia. In 2013 she received a makeover documented by the station.

The makeover report said she produces the morning show on WDBJ7, Monday through Friday, her alarm goes off around 10:30 p.m. and she comes to work at the station from 11 p.m. to 7 a.m.

It went on to describe her normal attire for work “consists of jeans and a sweatshirt with her hair pulled back and no makeup.”

On Tuesday, November 12, 2013, Thomas Dunn Studios came to WDBJ7 to perform a makeover on her in just 10 minutes. Melissa was said to love her new look at the time.

According to her LinkedIn page, from 2003 – 2007 she attended Southern New Jersey Academy of Performing Arts majoring in Performing Arts;, Theater. She also attended Penn State University from 2007 –2011 with a degree in Communications, Broadcast Journalism.

Prior to WDBJ7, she was a Video Production Assistant at Gloucester County Educational Network. She also worked for ESPN radio, 97.5 The Fanatic, she then moved on to NBC Universal first, as a Investigative Inter and later as an Office Coordinator.

She and Adam had been dating for about nine-months. The shooter who was caught if the disturbing footage is still on the loose.

You can find Melissa on FB here.