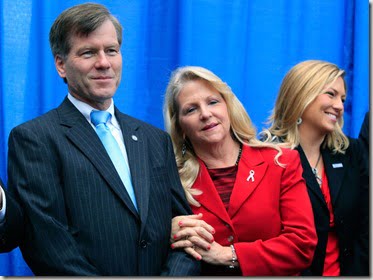 60-year-old Maureen Patricia Gardner McDonnell is the wife former Virginia Gov. Bob McDonnell. She and her husband have been married for 37 years and have five children together. Jeanine, who served as a U.S. Army Signal Corps officer in Iraq. Cailin who coordinated the youth outreach for the Republican Party of Virginia, Rachel, and twin sons Bobby and Sean who are both athletes in the class of 2014 at the University of Virginia. 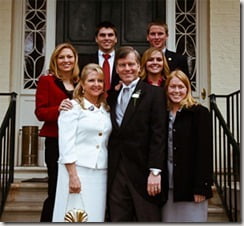 A native of Fairfax County, Mrs. McDonnell began her career working for the Federal Bureau of Investigation. She later worked for both the U.S. Arms Control and Disarmament Agency and the Department of Defense. During the 1970’s, Mrs. McDonnell was a member of the Redskinettes, now known as the Washington Redskin’s Cheerleaders. 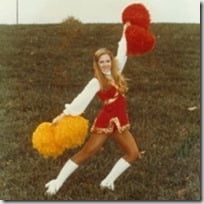 Now, her husband is leaving the office of governor of Virginia in the middle of accusations and investigations of wrong doing by himself and family members.

She and her hubby were indicted Tuesday on corruption charges after a monthslong federal investigation into gifts the Republican received from a political donor.

Her husband’s departure comes as federal prosecutors investigate whether he and wife Maureen gave special treatment to Star Scientific Inc., a dietary supplement-maker whose chief executive helped cover catering costs for their daughter’s wedding and gave the first couple other gifts, including a Rolex watch for the governor.

McDonnell apologized in July and said he had returned more than $120,000 in loans, as well as other gifts. He repeated in the interview that he had done nothing illegal on Star Scientific’s behalf, but said he’d do “things differently today than choices I made a couple of years ago.” 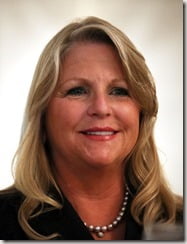 She grew up with nine siblings. She has juggled a career while raising five children and nurturing a marriage to a spouse who has steadily climbed the political ladder over the course of their nearly four-decade-long relationship. She has had a health scare, lived on her own overseas and felt the relentless anxiousness of having a daughter fighting on a foreign battleground. Maureen Gardner was an independent young woman working for the U.S. Arms Control and Disarmament Agency in Washington when she met Bob McDonnell at a Northern Virginia party. A party that she didn’t want to go to.

We hear about scandals all the time, what do you think of husband and wife being involved in this mess? Find Maureen’s husband on twitter here.