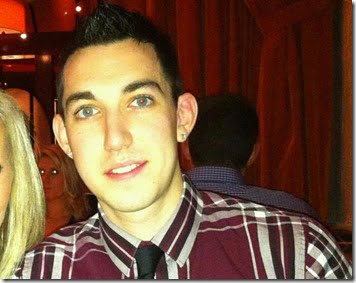 Matthew Cordle and Vincent Canzani will be two names linked to each other forever. The 22-year-old Cordle was suspect in the deadly crash that took 61-year-old Vincent’s life, but hadn’t been charged.

Matt who had been suffering from depression or at least that’s what he says on his video confession posted online this week, explains how three months ago he “made a mistake” when he decided to drive his truck home after “drinking really heavily.”

on June 22nd Cordle hit and killed Vincent Canzani; and now in a clearly state of guilty conscience he decides to confess even before being charged in his attempt to “honor Vincent’s memory” on a video that prosecutors are calling “compelling”

“When I get charged I’ll plead guilty and take full responsibility for everything I’ve done to Vincent and his family,”

Cordle’s lawyer, George Breitmayer III, said the video “is a strong testament” to Cordle’s character. He said Cordle intends to cooperate with prosecutors. Matthew’s blood sample from the night of the crash tested positive for alcohol and negative for drugs; the young man’s truck ended up driving into oncoming traffic on a highway, that’s when it struck Canzani’s Jeep on Interstate 670. Cordle ends the video confession by “begging” viewers to not drink and drive.

According to mugshots online, Matthew Robert Cordle from Ohio was previously arrested in Dublin, OH back in 2010 on an alleged DRUG PARAPHERNALIA violation.

What do you think of his video/confession, brave or is using this tragedy to to get his 15 minutes of fame? Think he should have done it quietly instead, just go to the police department and turn himself in perhaps?

See his pictures below!

You can find him on Google plus here.