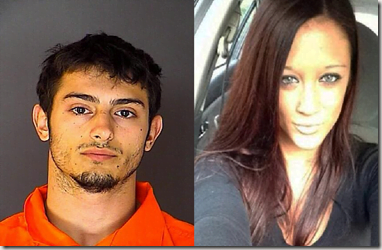 Authorities are treating the death of a 23-year-old Mary Greff, who was found in a Bergen County home she shared with her parents as a homicide. The Bergen County Prosecutor’s Office says there’s evidence Mary Greff of Waldwick was strangled early Wednesday. Early reports stated that Greff’s father found her dead in a bedroom.

Greff who was a former 2008 Miss New Jersey Teen USA beauty pageant contestant, was found in those horrific conditions and was heartlessly left there for her loved ones to find, now the Bergen County prosecutors believed they have found the responsible for such atrocious act, they say Mark Spatucci strangulated Mary Greff.

The details of how Mark carried this whole plan are still unknown but the details of the ongoing investigation include his ex’s body found around 12 hours later along with their infant son unharmed in a basement just a few feet away.

According to neighbors the victim had moved back with her parents over the summer after breaking up with the baby’s father. 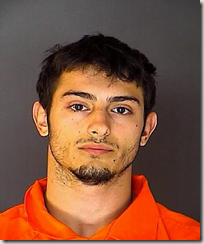 Officials told media outlets that they believe, 22-year-old Spatucci strangled his former girl after an argument. He allegedly exited the home via a second-floor window after killing her.

Mark graduated from Midland Park High School in 2009, his hometown is Jersey City, New Jersey and according to his Facebook he was currently residing in Midland Park, New Jersey.

On September 25th, he posted to his timeline the picture below, where you can see him holding his son. 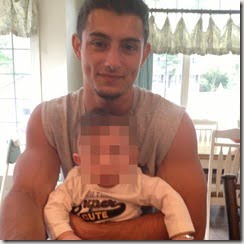 Mary Greff, who gave birth to a baby boy in February was allegedly asphyxiated by her baby’s father over a violent argument while her parents were asleep. He apparently entered and exited the home in the same manner, unnoticed by the victim’s parents.

Watch a video on Mark’s victim, Mary talking about “Why people should exercise”

He did not only ended with the life of a beautiful young lady but the mother of his own son. Mark and Mary began dating approximately two years ago, details of their relationship include living together for a short period of time. This could be one of those teen age/young adult situations where the stress becomes too much on young couples and they can’t cope with it in the right way, and things end up going terribly wrong. Spatucci had court ordered custody visitation with the baby but Mary Greff had full custody, according to online reports.

A woman who said it was Mark’s mother but did not revealed her name showed concern for her grandson saying:

Spatucci was taken into custody for questioning late Wednesday afternoon and was later charged with felony murder, burglary, and the endangerment of a child.