Meet Eli Kay-Oliphant; he is the proud husband of theater, film and TV actress Marina Squerciati.

While Marina has achieved success in the entertainment world, her husband Eli Kay-Oliphant is also successful in his own right. Though Mr. Kay-Oliphant doesn’t share the same line of work as his lovely wife, he happens to be a litigator with over fifteen years on the field.
Here you’ll find out more about the power couple, their career paths, lifestyle and their family.

In order to tell you about Eli Kay-Oliphant, we first need a little reference from his wife.

Marina Teresa Squerciati was born April 30, 1981; the New Yorker graduated with a Bachelor of Arts in Theater from Northwestern University in 2003.

She began her career on stage as a ballerina; she told Imagista magazine about pursuing acting

‘I studied ballet at The School of The America Ballet for many years. I decided I really loved performing but I also liked being able to talk which you can’t do as a ballerina on stage. Also, my mom knew I was not going to be a ballerina the first time I tried toe shoes. All the other little girls walked out on their toes and I came out walking on my heels, it was painful.’

As a stage actress, she has worked off-Broadway in Just in Time: The Judy Holliday Story and Manipulation, Beauty of the Father. On-Broadway, she starred in an adaptation of Ernst Lubitsch’s To Be or Not to Be.
She made her feature film debut in 2009’s It’s Complicated and has also appeared in Alter Egos and the Noah Baumbach-directed Frances Ha.

That said, she is best known as a series regular on the NBC drama Chicago P.D.

Other TV credits include, appearing in eight episodes of Gossip Girl and guest-starring as a Russian spy in The Americans.

What ethnicity is Marina Squerciati? Marina revealed in 2018 that she is the secret love child of Wall Street mogul John R. Jakobson, who was 86, when he died from pneumonia in April 2017; and mother, Marie Squerciati.

According to her own account, Jakobson started a relationship with her mother -who was a stunning television writer back in the 80’s.

Marina Squerciati and her mother, kept the secret until she found out she was left out of her father’s will. Apparently Jakobson had made promises that he’d provide a “substantial” trust for Marina in his will.
In her court filings, Marina contends that the price of her silence was “extraordinary” and it lead her to miss the chance to build a relationship with her alleged father.
For her whole life, Marina Squerciati kept her father’s identity a secret, as he allegedly paid her mother $1,200 a month for more than 20 years. It was also Jakobson who allegedly provided for Marina’s schooling including the $175,000 tuition for Dalton School, then $131,000 for her education at Northwestern University.
According to reports, Marina was offered a $50,000 settlement by the Jakobson lawyers.

She is of Italian heritage through her mother, but was born in New York City and grew up on the Upper West Side.

Who is Marina Squerciati married to? Marina Squerciati is happily married to civil litigator, Eli Kay-Oliphant. They have been together for several years now.

Eli J. Kay-Oliphant met Marina in college. They dated on and off for years and became husband and wife in 2015.

Eli Kay-Oliphant is a Bachelor of Arts/Political Science graduate, he received his degree from Northwestern University in 2001.
He landed his first job as a summer associate for Paul Hastings in 2003. In addition he obtained his JD from Emory University School of Law in 2005. 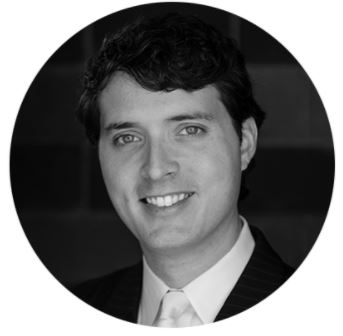 He began his career working as a clerk for the 5th circuit court of appeals, Honorable W. Eugene Davis. After that, he worked for O’Leveny & Myers LLP located in Washington, D.C.
In August 2007, eventually became a law clerk to the Honorable W. Eugene Davis; later in 2008, was an associate at Latham & Watkins; in 2013 joined Kobre & Kim LLP, and finally in September 2014, became a partner at Massey & Gail LLP.

According to his LinkedIn, he is currently a partner at Sparacino PLLC.

According to his profile, Eli Kay-Oliphant has represented defendants and plaintiffs in state and federal courts throughout the country, as well as in arbitration and mediation.
His practice focuses on complicated and “bet the company” contractual matters, commercial fraud, and other business torts.
He holds active bar admissions in Illinois, New York and Washington, D.C.

Who is the father of Marina Squerciati’s baby?

Since their nuptials, Eli Kay-Oliphant and Marina have become parents. They welcomed their adorable daughter in May 2017. About her experience as a new mom, the actress revealed

… it is a new job and I am surviving, it’s fun. I’ve said it before but I do like to always be honest, everyone always asks me how it is and I always lead with the fact that it is hard. I think people sometimes look at me askew that I didn’t lead with the typical “its amazing” or “she is so awesome” which she is but I feel like saying that it is hard helps other mothers who don’t have this “instagramable” experience feel less bad. It is amazing and rewarding and hard and difficult all at the same time. According to online sources, Eli Kay-Oliphant has an estimated net worth of $300k.

It is safe to say that Eli Kay-Oliphant is his wife’s biggest fan and supporter of her acting career.
That said, the celebrity husband prefers to keep a low profile and not many personal details have been disclosed about him. That includes the name of his parents and siblings.

Prior to Eli Kay-Oliphant, Marina Squerciati was rumored to be in a relationship with fellow actor, Patrick Flueger. The former couple started dating while working together.

The couple was often seen together in various events. The two eventually split up, though the reason for their separation remains unclear.

Patrick John Flueger was born December 10, 1983. The Red Wing, MN native made his film debut as Jeremiah in the hit 2001 Disney film The Princess Diaries.

He is known for his work on Chicago P.D.; and additional creidts include TV series The 4400 and in films: Brothers and Footloose.
The actor is currently in a relationship with Jordanian-American model and actress, Reem Amara.