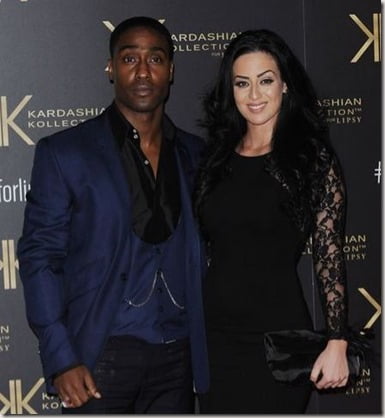 27-year-old TV Presenter, Actress, ex Beauty Queen, International Model & aspiring author all that and much more is gorgeous Maria Kouka. Any man would call himself lucky to be dating her and who is the fortunate fella? Maria has been dating for the same guy for the past three years, fellow actor, singer and most recently Strictly Come Dancing contestant, Simon Webbe. 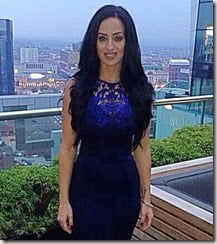 Maria was born in Greece, raised in Africa and the USA before relocating to London and making it her home.
Her modeling career started at the age of 14 when she won a top model competition and graced numerous billboards and appeared in television adverts. At 17, Maria had her first taste of beauty pageants with the Miss South Beach competition which she went on to win. She then competed in the finals of Miss Greece, Miss Great Britain, Miss Hawaiian Tropic and was offered a place at the World Supermodel Competition in Australia but declined due to work commitments. 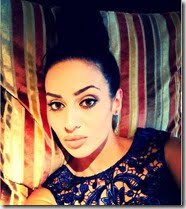 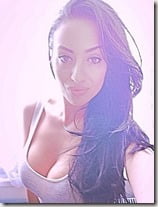 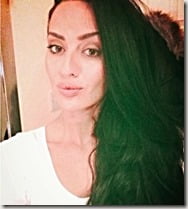 She has walked the runway in numerous countries, for acclaimed brands such as Ed Hardy, Apple Bottoms, Fendi, Demure Untamed and Swarovski to name a few. She has also done numerous hair shows including the highly acclaimed International Hair Show in Milan.
Her presenter skills have landed her work on music channels, red carpet events, fashion shows, fashion channels, talent shows and book launches. She is also in the process of obtaining her Journalism and Media Degree. 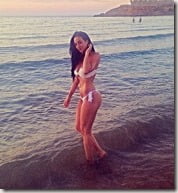 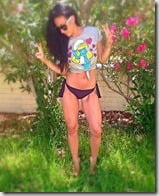 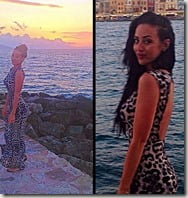 Maria’s acting skills have seen her work in Bollywood, landed her a role in a British feature film, as well as in 2014, a part in the highly acclaimed American commissioned TV show, The Royals.

According to her official website, fashion is one of Maria’s passions. She has tried her hand at styling, fashion blogging as well as in her spare time working on producing a unique bag brand.

The model, star and socialite has graced numerous magazines internationally, can be seen at many prestigious red carpet events, including appearances on UK television shows.

The stunner met Simon in 2010, just two months after he split from then Layla Manoochehri.

Simon is from Moss Side, Manchester. He gets a lot of his musical inspiration from where he grew up and his family – especially his daughter Alanah. In 1998 he won the ‘Pride of Face 98’ competition after getting spotted in a gym. He enjoys playing football and played semi professionally before beginning his career in music.
Simon achieved great success in his solo career, securing 2 UK top ten’s and selling 70,000 copies of both albums ‘Sanctuary’ and ‘Grace’. During this time he was chosen for the sound track The Fantastic Four Rise Of The Silver Surfer – the biggest selling film of 2007, selling over 400million copies on DVD. After a break he appeared in the classic play Sister Act at London’s Palladium, alongside Whoopee Goldberg. 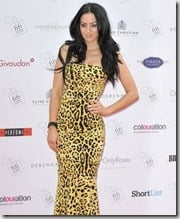 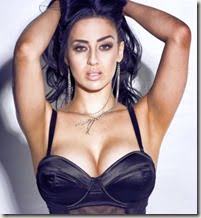 They sound like the perfect match right, both successful artists, both young and good looking but of course it takes a lot more to make a relationship work and apparently the couple have called it quits! According to the Mirror, lovely Maria has confessed she dumped the Blue singer after he swapped sexts with a series of models – and even got naked pictures from one Playboy model.

Brunette Maria, who is still friends with the Guilty singer, has already told Simon she won’t be watching him on Strictly as she is sure he will fall for one of the dancers. Ouch!