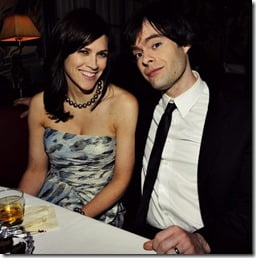 Writer and director Maggie Carey is the wife of SNL star William “Bill” Hader. The couple married in 2006 and have two children together, daughters Hannah Kathryn, born October 6, 2009 and Harper, born July 28, 2012. I bet this family sure have some good old laughs with husband around.

They met when she went to watch him perform in a comedy sketch group that put on shows in friends’ back yards. She said Hader was wearing overalls and no shirt in the first skit she saw him in, I guess she took one look at that bare chest and..

“I’m from Idaho, so that’s clearly a turn-on right away,” “So we kind of just hit it off and definitely shared an interest in comedy.”

The stunning wife and mom sure keeps busy, as a filmmaker who has won awards for both documentaries and narrative films. But let’s go back in the past for a bit; Maggie Carey is a heartland girl originally from Boise, Idaho. She graduated from the University of Montana with a degree in English Literature, which goes to prove that literature and Montana can actually be written in the same sentence. She was a soccer star there, and later went on to study film production on the University of Texas. 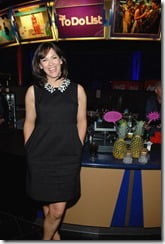 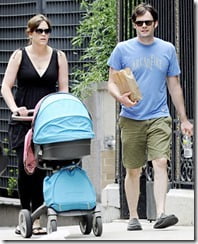 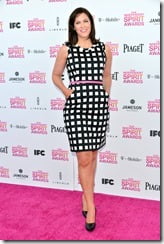 She is what we know as a double threat, she both acts and directs. She created an online show called “The Jeannie Tate Show” which is about a soccer mom, borrowing from her knowledge and experience in the sport herself. The show is expected to be picked up by HBO in the near future. She helped write an upcoming Will Ferrell movie called “My Life Coach” and worked on a TV series for a Cherly Hines show called “In the Motherhood.” As if all that writing and directing stuff wasn’t enough, she just like hubby is quite the funny girl, Carey studied improv and sketch at Improv Olympic West in LA and Upright Citizens Brigade Theatre in NYC, she puts those skills to work when acting in the improv theaters in New York City. It is there in the Big Apple that she resides with her husband; now that it what I called finding someone who compliments you! The couple definitely has more than a little in common. And like I said she keeps busy. 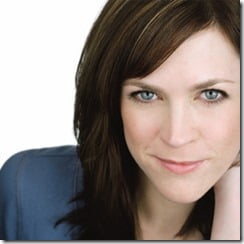 The couple also has had the chance to work together on the upcoming romantic comedy, written and directed by Maggie “The to do list” where her hubby plays “Willy”. Now it’s been reported that Maggies husband, 34 year old actor Bill is leaving SNL. After careful consideration he decided to make the move and Hader’s last show will be this weekend, the season finale with special guest Ben Affleck.

Well, let’s cheer up we can still catch him on his wife movies right!

We have some baby news! Major congratulations to Maggie Carey and her hubby, SNL alum, Bill Hader! The couple welcomed their third child on Saturday! According to media reports, Maggie gave birth to a baby girl on Saturday, they named her Hayley and she became the third daughter for the couple of 8-years.

It was kind of a shock for people since Maggie and her hubby apparently kept the pregnancy under wraps! Any guesses why?

Think the couple would keep trying for a baby boy? Maybe in the near future, you never know! Congrats on the newest addition to their family.