Madison Prewett is one of the stunning women currently competing for the heart of pilot Pete Weber, the current Bachelor on season 24 of the show.

23-year-old Madison Prewett is a former high school athlete, the stunning brunette was on her Alabama high school’s basketball team, and won four state championships throughout her career. According to her ABC bio, she was even given the title of state MVP.
While in high school, she also competed in Miss Alabama Teen USA in 2014. However, she did not make it to the top 15.
Madison also worked as an assistant camp director at Bruce Pearl Basketball Camp during summers from 2015 until 2018.

She attended Auburn University and graduated with her Bachelor’s degree in Communications and Media Studies in 2018. Her LinkedIn bio reveals that she likes to “make a difference in any way [she] can.” 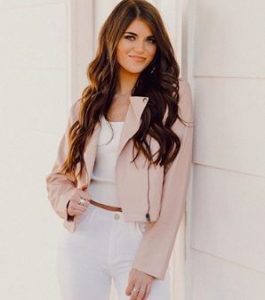 Madison has worked as a foster parent recruiter in Birmingham, Alabama. She hopes to open an orphanage one day, according to her ABC bio.
The Bachelor isn’t the first time for Madison Prewett behind the camera, she actually won The Price Is Right last year and took home $8,000 thanks to playing Put It in the Bag.
Faith is very important to Madison, she went to seminary school at Highlands College. On her social media she shares the quote ‘Love greatly, be a voice for the voiceless, and always stand up for what you believe in -Proverbs 31:8 | Romans 5:8’

Madison who dreams of doing missionary work and traveling the world -has been described as a frontrunner on the show. The pretty lady landed the very first one on one with pilot Pete and she also hit it off with his entire family, making her one of Peter’s favorites. She is now one of the top four ladies, does she really have a chance?