Lindsay Curtis is the lovely wife of Richard Curtis, the guy you will see on your TV screen next to Kelly Ripa. Her hubby became the lucky guy to get to host ‘Live with Kelly” for a whole day.

The Perkasie resident won the “Live with Kelly and YOU” co-hosting contest and also got to guest co-host last Friday.

Richard, a Pennsylvania teacher, spent a week competing against other Live with Kelly fans for a chance to cohost the show with South Jersey’s own Kelly Ripa.

In case you missed it, it all came down to Curtis beating Dax Holt. Richard excelled during the read from the teleprompter under “extreme circumstances” task. Curtis had to read a script with his vision partially obscured by a smoke machine while eating gobs of peanut butter, amid a bombardment of confetti and beach *****.

A final voting from fans, gave the win to Lindsay’s man. 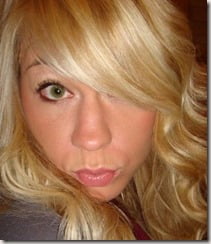 Richard Curtis, the Souderton Area High School teacher, has certainly become a popular name in his hometown. He told the Bucks County Herald he’s a “huge” fan of Ripa. “I’m excited. My family is excited. My students are jazzed up. You can’t beat it.”

Richard is married to the lovely Lindsay Anne Curtis. 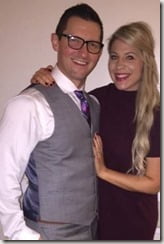 The proud wife has been supporting her man from the beginning . She posted on Facebook

PROUD WIFE ALERT!!!!!! I was so happy to see this face on national television today I cried for a good hour! So proud of you @mrrichcurtis !!!! I knew from the minute they announced this contest it was made for you!!!

Together the couple are the proud parents of two adorable children, a son and a daughter. 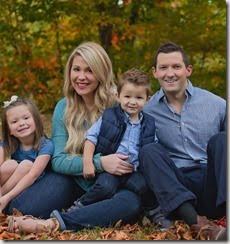 According to her Facebook page, Lindsay Curtis is originally from Batavia (town), Genesee County, New York. The family resides in Perkasie, Pennsylvania. Her sister-in-law is Alexis Curtis, Richard’s sister.

Find the lovely wife and mom on Facebook here.