Linda Villines is the wife of late SNL director, Matt Villines. Her 39-year-old husband died on Saturday after a two year battle with cancer.

Matt Villines was diagnosed with Stage IV kidney cancer in June 2014, the same year he and Linda Villines tied the knot. The Oklahoma native was born June 5, 1977. Linda’s husband attended the University of Oklahoma, followed by the Los Angeles Film School, where he met Rodriguez.

Along with Osmany Rodriguez “Oz” Villines was hired to work in SNL in 2012. Together they directed some of the best short films over the past years. The partners were best known for producing such digital shorts as ‘Back Home Ballers’, the ‘Jay Z Story’, and Emmy nominated ‘(Do It On My) Twin Bed.’

Villines’ first directing work came with Rodriguez on Adult Swim’s Super Deluxe comedy video website in 2006. After two years on Super Deluxe, the duo were brought on to Funny or Die, where from 2009-12 they directed some of the site’s most-shared videos, as well as several segments on the 2010-11 HBO series Funny or Die Presents.

In addition to their work on SNL, Villines and Rodriguez have also directed an episode of Fox’s The Last Man on Earth and several Funny or Die shorts, including “The Wire: The Musical,” and “The New Guy on New Girl with Zooey Deschanel.” The duo also stepped behind the camera for the feature film Brother in Laws, which stars Gillian Jacobs, Taran Killam, and Bill Pullman. 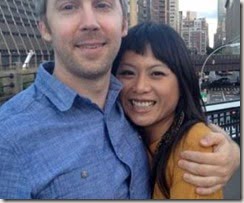 “It was a long two years for him and us, yet filled with so many blessings. We lost him on July 9th. He fought the best fight, doing everything right including a very strict diet which my beautiful and talented daughter-in-law Linda Tan Villines made possible for him. She nurtured him and cared for him with such tender love and devotion. She is our angel”

Linda Villines also known as Linda Tan Villines is of Vietnamese origin. She and Matt tied the knot in 2014, just 2-1/2 months before he was diagnosed with Renal Cell Carcinoma. 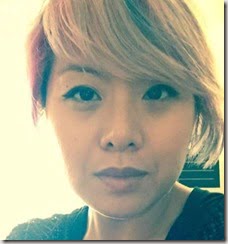 According to his mother’s blog, Maggies Notebook, Matt and Linda Villines moved back to Los Angeles in summer 2015, after the New York City winter of 2014 proved much too difficult for a person battling cancer.

In the wake of his death, several SNL cast members and crew — including Bobby Moynihan, Aidy Bryant, and Mike O’Brien — have shared touching tributes on social media.

Matt Villines is survived by his wife, Linda; his parents and his sister.