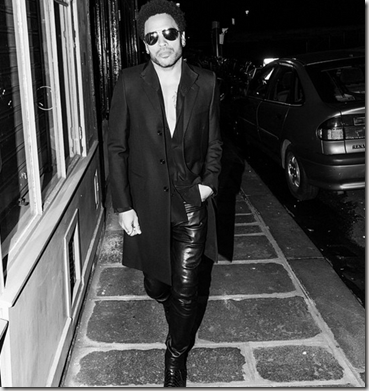 As we all know multitalented singer, songwriter, actor and producer Lenny Kravitz will be delighting us this weekend with his much expected performance at the Super Bowl.

We couldn’t let this slip, so we ask ourselves who will be the lucky woman by his side? Who is the legendary rocker currently dating? Let us tell you, is not an easy task to find out! Even if Lenny who –is busy touring all over and meeting with designers to come up with his latest merch –has a girlfriend, he’s doing a great job to keeping her a secret! As we know, the former husband of actress Lisa Bonet and father of their only child, Zoe has been in countless relationships, that go from dating singers, to models, to actresses and then some! In the past he has been linked to many women including, Naomi Campbell, Kylie Minogue, Vanessa Paradis, Devon Aoki, Adriana Lima, Nicole Kidman, Isis Arruda, Marisa Tomei among others.

So, the question remains as who is the iconic singer dating?