Meet 41-year-old Laura Ruffino, the friend every woman would want to have. Laura a married woman and mother of two, made headlines recently after she honored her best friend’s dying wish: to take care of her friends children after her imminent death.

Laura who resides in Buffalo, NY met her best friend Elizabeth Diamond in the fifth grade and remained close their whole lives, that was until Diamond’s death last April, after she lost her battle to brain cancer leaving behind four young children.

Elizabeth who was diagnosed in August 2014 was a single mother of four girls: Lilyan, Ella, Samona and Tara, who are between 5 and 12 years old, the NY Daily News reports.

She asked Laura to take her four daughters and Ruffino instantly said “OK.”

Laura and her husband Rico Ruffino, took Diamond’s girls despite the financial struggles saying they knew the girls needed them.

Laura is a business owner, she has a local hair salon and day spa called “Laura Christine’s Salon and Day Spa” while her husband has been a technology teacher at Iroquois Central School District for over 10-years according to his LinkedIn. 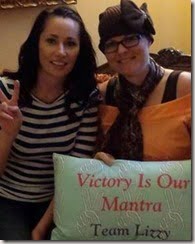 Elizabeth Diamond who died aged 40 on April 4, was a motivational speaker and a board member of the non-profit Buffalo Wellness Center –which created a fundraising page to help the Ruffino family with the Diamond girls. The page has already raised more than $5,000 towards creating more bedrooms and getting a bigger car. 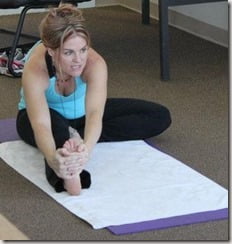 The Buffalo Wellness Center described Elizabeth as a best-selling author of 7 Mindsets to Master Self-Awareness; a leading edge transformational life coach, an artist and speaker.

She was a resident of Orchard Park, NY; the daughter of Susan A. Griesmann and Robert (Suzanne) Kaminski.