Lara Marie Schoenhals is a New York Times best-selling author, recently the writer undertook the funny task to make a recording about what it seems Taylor Swifts endless list of friends joining her on stage during her massively successful 1989 Tour.

Taylor wowed her audience by inviting some peculiar personalities including Julia Roberts, Joan Baez and even the U.S Women’s Soccer team; based on that Lara made a video of whom she thinks Taylor will have join her next on stage.

In the the three-minute tour cameos parody, Lara pretends to be Taylor and lets her imagination fly by inviting The Apprentice‘s Omarosa to Nancy Kerrigan and Tonya Harding to the late victims of the Salem Witch Trials…who knows, they might actually make it to the stage with Swift. 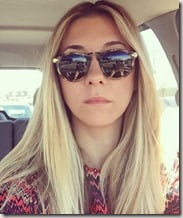 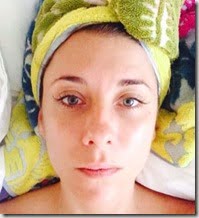 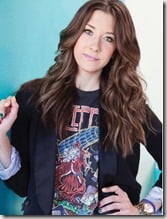 According to the Columbia Chronicle, Lara is the writer of “White Girl Problems,” –a faux memoir of fictional Babe Walker, a wealthy girl living in Los Angeles whose “problems” landed her in retail rehab after spending $246,893.50 one afternoon at the luxury department store Barneys.

31-year-old Schoenhals came up with the idea of the book while having drinks with good friend Tanner Cohen. She came up with the hashtag #whitegirlproblems in 2010 as a joke and four years later, it has more than 800,000 Twitter followers and a book based on the popular phrase. More than 600,000 people bought, “White Girl Problems.”

Lara is a film & video graduate, following her last semester in Columbia College, she transitioned to live in Los Angeles. Besides being the co-creator and author of the New York Times Bestselling book White Girl Problems by Babe Walker, she also wrote the sequel Psychos by Babe Walker.

Schoenhals is also the host of “Pumped Podcast” -The only podcast obsessed with the living, laughing, & loving of the Vanderpump Empire!