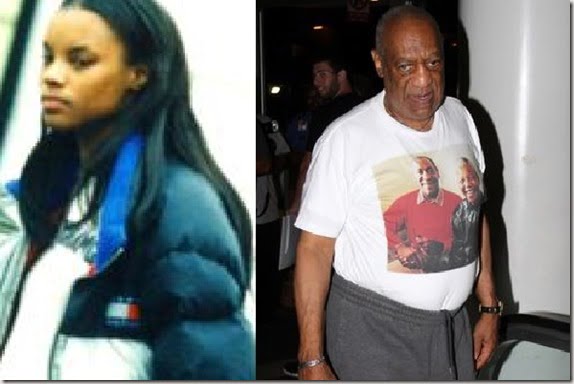 34-year-old Lachele Elizabeth Covington is really not a new face in the Cosby accusations, she was actually one of the first women to come forward, like the others (now the list goes up to 14 women accusing the actor) she was afraid to speak because of who and what Cosby represents, however she was young and didn’t really know what to do. 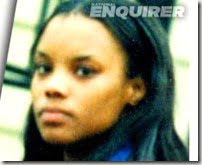 Lachele appeared on Cosby’s CBS TV show but she had only had non-speaking parts on his show. Wanting to get ahead, she repeatedly asked him for career advice, that’s when she got invited by the comedian for dinner at his home. on Jan. 25 of 2000 the then aspiring actress had the scare of her short life.

Back in 2000, Covington then 20, filed a police report saying the beloved comedian put her hand under his T-shirt and guided it south toward his sweatpants, according to report from the NY Post.

A scared Covington pulled her hand away — and that was the end of that. She told Cosby she was leaving and he said, “That’s fine.”

At the time her grandfather, Charles Keniebrew told the Enquirer Cosby went a lot further and “scared her half to death.” Her relatives claimed Cosby grabbed her breasts, trying to put his hand down her pants and exposing himself. Her father, Joe, also said his daughter was so traumatized by the horrible experience she didn’t tell anyone until two days later. Another day went by before, encouraged and supported by her family she told cops about her ordeal.

According to Lechele dinner went smoothly, everything was fine until Cosby in an attempt to show her relaxation techniques for her acting to improve, came around behind her and began rubbing her head. But, he didn’t stop there, according to the police report, he then slid his hands down her arms, stopping at her buttocks, Covington lay down on a couch — apparently to relax further — and it was then that Cosby guided her hand toward his sweatpants.

Cops didn’t charge or even bothered to question Cosby at the time. It’s been

Lachele is originally from Trenton, N.J. She has a twin sister, Dechele Covington, other relatives include Diane and Dominique Covington.

14-years of the sexual incident between Lachele and Cosby, she has remained silent. Should she joined the other women? The list includes: Joan Tarshis, Andrea Constand and Barbara Bowman.