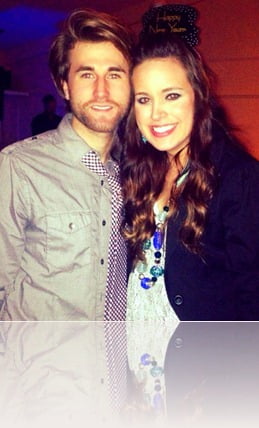 Colton Swon and his brother Zach are known by their stage name the Swon Brothers there are the one of the finalist in the four season of the Voice, the brothers are part of Team Blake Shelton and they are ready to win the competition, in case they do win are you wondering with whom are these two handsome men going to celebrate with? well, Colton Swon will for sure be celebrating with his biggest and most loyal fan, his girlfriend Lacey Lashley.

24-year-old Colton Swon the youngest sibling of the Swon Brothers received the support and confidence of his pretty girlfriend Lacey Lashley last month when they made their way into the Top 10 performers in the Voice. Lacey Bree Lashley from Muskogee, Oklahoma the stunning daughter of Jeff and Donna Lashley. Lacey graduated with honors from Fort Gibson High School in 2008, the sa0e year she was crowned Fort Gibson all-school queen, this year she graduated from Northwestern University w5th a bachelor’s degree in psychology), and is now studying to be a occupational therapist. Lacey has one handsome brother named Dakota.

You can follow Colton Swon on Twitter here and his pretty lady Lacey Lashley here you can also read  Lacey’s blog here.