Kristine King is the sister of William Preston King, otherwise known as the friend of “Wolf of Wall Street” Jordan Belfort.

Kristine’s brother went from living it up to living on the streets, literally! Reports revealed Kristine spotted her brother on a TV campaign that aimed to expose the city’s homeless problem.

To her surprise one of those homeless included her older brother –whom she spotted sleeping on pizza boxes and who once worked at Merrill Lynch and Oppenheimer & Co.

45-year-old Kristine has lived in NY her whole life and currently resides in Brooklyn. She has stepped forward by ID’ying her brother and revealing the drugs and alcohol abuse led William to a downward spiral that would last three decades and end with life on the streets.

Her brother who also resides in NY, was born March 22, 1963. He is a former New York stockbroker who used to live a life of luxury, drove a BMW and resided in a Soho loft.

She and her brother grew up in Long Island in a family of horse trainers. According to News, Preston proved to be incredibly bright despite having left high school and NY University; he allegedly taught himself to speak at least five-languages and placed in the top 2 per cent of the infamous Series 7 stockbroker exam. 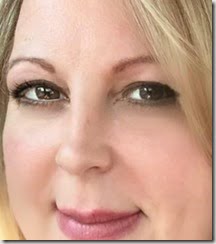 According to her Facebook page, Kristine is a Supervising Post Producer at DiGa Vision LLC. She attended Forrest Hill high school. She has listed a stepdaughter named Dezzy.

Kristine also told outlets, she lost contact with her 52-year-old brother earlier this yea after they had a bit of a fall out. She explained Preston was living with her at the time but would constantly steal money from her and make her life impossible. The last thing she knew about him was that he was getting detoxed at Arms Acres in Putnam County, New York.

Kristine also said, her borther’s lifestyle not only took a toll on his professional life but also on his personal life, ruining his marriage to a single mom.

She is currently trying to trace him.