Krista Levitan is the wife of TV screenwriter and producer, Steven Levitan.

Earlier this year, we learned Krista Levitan served her highly successful hubby with divorce papers. Back in January Krista Levitan decided to begin a new year and a new life as a single woman. At the beginging it was a bit confusing since, Steven’s rep said she had filed by mistake and that the petition was being withdrawn.

However it is now more than clear, Krista Levitan is moving forward with her initial decision. In her legal documents she cites irreconcilable differences as the reason to end their marriage. 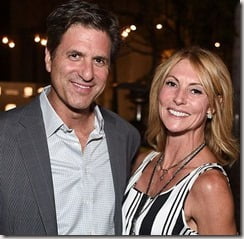 Krista who had been married to Steven for over two decades, split from the Modern Family producer, since New Year’s Eve.

For those not very familiar with Steven Levitan, he is the man behind several comedy series, including Just Shoot Me!, Stark Raving Mad, Stacked, Back to You, and Modern Family.

He has publicly revealed that the storylines of the Emmy Award winning comedy Modern Family came from his own family life living in Los Angeles, including incidents with his wife.

Like the time in 2010, when Krista smashed his expensive television remote control into a thousand pieces and left it by their front door for him to find. He told the audience at Paley Fest. 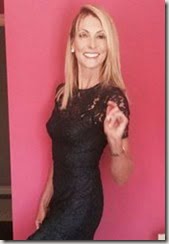 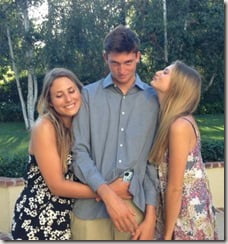 In recent updates, it has been disclosed, that her soon-to-be ex-husband earn a ridiculous amount of money, $2.4 million a month to be exact. The divorce will be a headache for Steven who will have to split an estimated $50 million since they apparently did not have a pre- nup.

51-year-old Krista Levitan who was married for 23-years to Steven, is asking for spousal support. Accoridng to her Facebook page, Krista Levitan is originally from Ridgefield, Connecticut, where she attended high school. She later went to college to The University of Texas.

Accoridng to online info, she used to work at Y-Me National Breast Cancer Organization , and at Inc. Heart Vip.