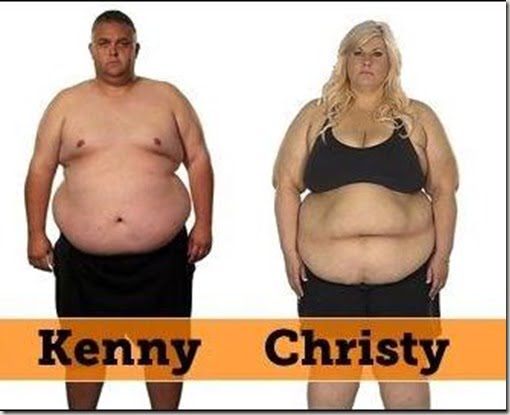 Meet a season 4 members of ABC’s Extreme Weight Loss Kenny and Christy!Kenny is married to a professional dancer but they’ve never danced together! Kenny who will be featured on Tonight’s episode of Extreme Weight loss –along with fellow participant Christy Oldenkamp –is a former Marine who allowed himself to get to over 400 pounds. He is also a husband and father of 3 small children, two adorable girls and a boy.

Kenny is looking to lose the weight and change his life. His ultimate goal is to lose 50% of his body weight! We’ll find out tonight if his hard work has paid off! 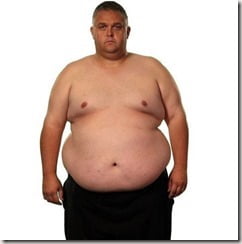 Kenny O’Neal, a resident of Moore, wrote a letter to the Extreme Weight Loss show and was selected as a participant. Kenny ventured to Colorado on May 22 where he has been in “boot camp” for 90 days. Now, as a final taping for his segment on the show, ABC used Veterans Memorial Park as a backdrop to the welcome home for this former Marine. 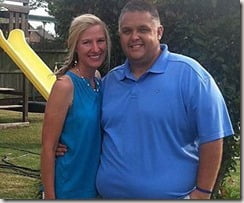 According to his Facebook profile Kenny is married to Kristin Burkey O’neal, they have been married since October 17, 1998. He currently resides in Oklahoma, is from Del City, Oklahoma attended OSU-OKC and as of February 2014 he is a a Health Coach at “Addictions” in Oklahoma. His work section reads

I help people get their life back and control of their weight by believing in themselves!

This gives us a heads up on what to expect tonight! The former marine and father of three is very active on social media. You can find him on Twitter here and on Instagram here. 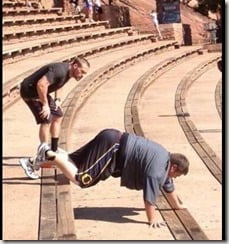 Pin His about section on FB reads

I enjoy spending time with the family and hanging out with friends! I have recently changed my lifestyle to healthy forms! My new addictions is creating new groups to join that push me to be better! I also have been very blessed in my life and am always looking to pay forward what I have! I feel that everything I have is because god have it to me! 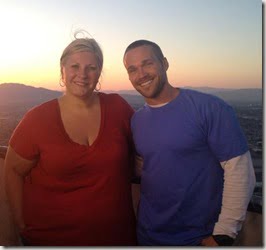 Christy has spent most of her life being bullied. Oldenkamp is 36 and lives in Las Vegas. Before the show started she weighed 380 pounds. Christy is a caretaker for her ailing mother, and has been overweight her entire life. Her show bio says about her;

“Growing up in Las Vegas, she experienced severe, painful bullying in school and also lacked the encouragement and support of her family to lose weight and get healthy. In elementary school, a distraught Christy attempted suicide by riding her bike into oncoming traffic and was hit by a pickup truck,” according to ABC. 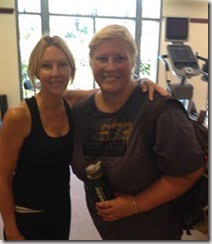 Now, a caretaker to her ailing mother, Christy doesn’t have a job or a boyfriend, and rarely leaves her house at all. Hoping to re-take control of her life, she wrote a letter to Chris asking for help.

Christy has revealed some of her makeover by posting images of her new-slimmer-look to FB. She is looking fantastic! 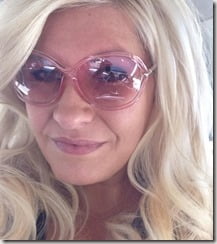 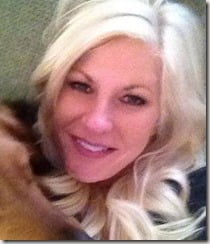 According to her Extreme Weight Loss fan page, one of tonight’s participants will become the first participant ever kicked out of Chris’ program!

Christy shares her thoughts on life on her blog, which is titled Las Vegas Christy. “This is the sad but true date in the life experiences of a mid 30′s not size zero woman who has yet to find her mate … blog,” the description says.

You can find her on Twitter here. Think she will finally find love? Before the show she rarely left home!