Kendall Jenner and NBA player Jordan Clarkson have been spending lots of time together, the so-called ‘just friends’  were snapped having fun over the weekend, ahead of the fourth of July Holyday.

According to gossip site TMZ, they were hanging at Kendall’s new Hollywood Hills pad and then making a run for the Bev Hills Hotel.

It wouldn’t be weird at all for the couple to take their friendship to the next level, NBA players are usually linked to the likes of models and Kendal is one of the hottest names out there.

Though Jordan signed a multimillion deal with the Lakers just days ago, the 24-year-old is still kind of a fresh face and dating someone as famous as Miss Jenner would be just what he needs to get more out there. 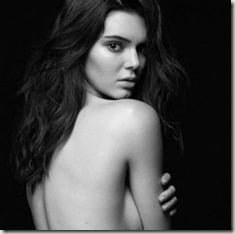 Clarkson has been graving headlines for his talent and skill with the ball. As a high school player, he was named San Antonio High School Player of the Year and MVP of the 2010 Faith Seven Game.

The Filipino-American baller won First-Team All-Conference USA honors at the University of Tulsa before transferring to the University of Missouri, where he was a Second-Team All-SEC selection. He made his NBA debut as a member of the Los Angeles Lakers in 2014.

Clarkson, who was named to the NBA All-Rookie Team in 2015, averaged 15.5 points per game in his second year.

Another interesting fact about Clarkson is that during much of the 2013-14 season, he dealt with his father’s bout with cancer. It was reported he leaned on teammate Jabari Brown, and the Missouri program, while his father got healthier. 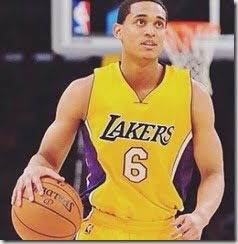 Getting deeper into his personal life, it seems he and 20-year-old Kendall have lots in common. Though they both are young and famous they do little to expose their selves to media. Instead it seem the couple enjoys staying out of the spotlight.

Jordan and Kendal have been spotted together a number of times. According to the Daily Mail, he helped Kendall move her stuff into her new pad over the weekend. Only a boyfriend or a ‘wannabe bf’ would help you move right?

Think Jordan Clarkson can make into the Kardashian clan? We guess he passes the test with flying colors.