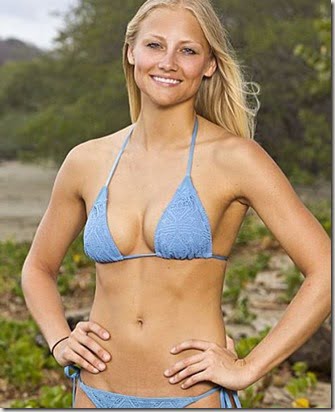 Survivor San Juan Del Sur is right around the corner and we bring you one of its hottest competitors! Meet beautiful Kelley Wentworth who along with her father, Dale Wentworth are set to compete in Survivor: San Juan Del Sur! 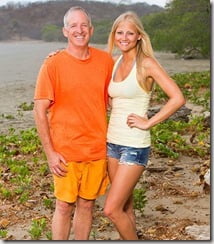 28-year-old Kelley will be joining 17 other castaways on SURVIVOR this season, themed Blood vs. Water. Is clear Kelley is inspired by very special people, when asked about it for her CBS profile, she talks wonders about her grandparents, the Soccer, jigsaw puzzles and avid Scrabble player, said of them

They are two of the toughest, hardest working people I’ve ever been around…They are still alive and are more active than most 80 year olds should be! 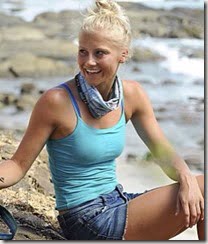 According to her LinkedIn the pretty blonde is in the Marketing and Advertising industry. But way before that, she grew up, believe it or not, on a farm! Being the daughter of a farmer, she says “I’ve seen and done it all.” 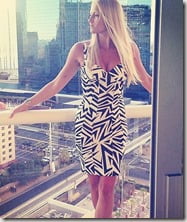 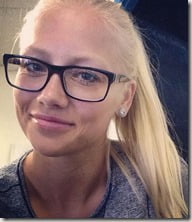 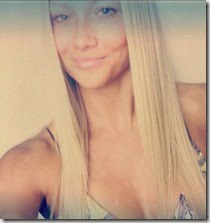 She attended Bellevue Community College and has a AB, Business.

Kelley an Area Marketing Manager, previously worked as a Banquet Server at Glendale Country Club for almost two years in 2005. She was also a Crew Leader at US Census Bureau for four months in 2010. She then moved on to Canopy Blue where she was an Assistant Manager/Sales Associate, she worked there for a year and eight-months. From January 2012 – March 2013, she worked at Switch as a Team and Event Manager. She was also a MBN Supervisor at Legacy Marketing Partners, where she reported to the Market Manager and oversee all promotional activity and Field Ambassadors, she also assisted with recruitment, hiring, and training of Field Ambassadors and MBN (Managed Bar Night) staff . 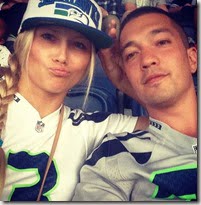 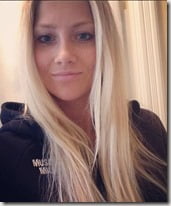 At CytoSport, Inc. she is in charge to recruit, hire, train, manage & hold accountable a motivated team of 6 to 10 Protein Trainers who fit the premium PT profile; coach sampling team to reinforce best practices and consistently create quality one on one consumer interactions; foster a motivated, positive workplace culture representative of brand values and premium image; produce strategic team schedules aligned with market goals, strategies and needs; create strategic plans for daily sampling mission based on brand platforms; provide informative and accurate daily, weekly and monthly recaps and reports for tracking according to set deadlines among other duties.

She describes herself as Competitive, reliable and stubborn; and she showed it by moving out of a small town with very little opportunity of “making it” on her own, she says. She is looking to improve the Father/Daughter bond and claims she is in it to win!

The petit but determined gal says

I’m competitive and I’ll never back down. I’ve never asked for money or help and moved my way up to the position I’m in now. I’ll never stop trying!

What do you think of her farm skills-big city combo? Will Kelley find the right balance between hard work and team leadership?

The Emmy Award-winning series returns for its 29th season with a special 90 minute premiere, Wednesday, Sept. 24 on the CBS Television Network.