Kelley Flanagan is one of the stunning women currently competing for the heart of pilot Pete Weber, the current Bachelor on season 24 of the show.

Kelley is a stunning brunette with an impressive resume, the burnette attended the University of Alabama from 2010 until 2014. She graduated with her Bachelor’s Degree in Marketing and was a member of the Zeta Tau Alpha sorority. After finishing undergraduate school, Kelley went to law school at Chicago-Kent College of Law at the Illinois Institute of Technology. She received her J.D. in 2017.
That’s right, she is an attorney working for Flanagan | Bilton Law Firm. During her time at Alabama, she worked as a Campus Liaison for a clothing brand called Serengetee, and also served as a Global Ambassador for the Semester at Sea program.

She began her job there in Nov. 2018. The company — Flanagan Bilton — is a “national property tax law firm specializing in lowering property taxes for all types of commercial real estate,” according to Kelley’s LinkedIn. The firm is her father’s company. According to a profile she is also a member of the Illinois Bar Association. 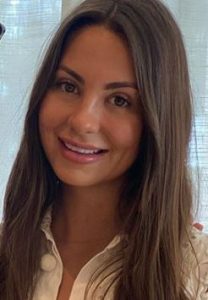 In addition of being well educated, she is also well traveled. Kelley is a self-proclaimed travel lover. She has been to 26 different countries and loves to document her trips on social media.
When it comes to love, the brunette was in a previous relationship and we can tell she is willing to make sacrifices for the one she loves. Kelley’s ex-beau lived in Jordan and though the long-distance thing didn’t work out she said she considered moving there at one point.

Miss Flanagan may have the upper hand with Bachelor Peter, according to reports she and Weber were at the same hotel for two different events.

According to her social media, Kelley is super close to her family and also loves to cook.