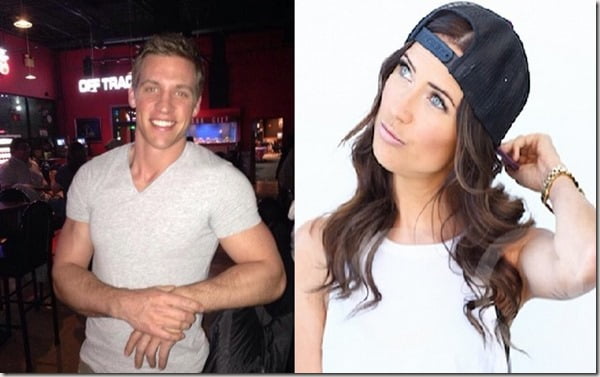 Meet hunky Justin Reich, he is one of the guys after season 11 Bachelorette, Kaitlyn Bristowe! You think 25-year-old Kaitlyn might be up for mommy duties? We wonder because Justin is the father of an adorable boy named Aurelius, and he might not be the only guy who has a child. The Naperville, Illinois native is a SurfSet Fitness instructor and Boot Camp instructor at NEXT Yoga and also a personal trainer, talking about a great bod!

Justin’ son Aurelius nicknamed “Aury” is the result of  his relationship with Autumn Pippenberg. Let’s admit it Justin looks as if he couldn’t even kill a fly, he seems as a adorable as his little boy; however we did find a previous gal he used to date not that long ago! Apparently he has a thing for dark hair huh! So, what happened did he get his heart broken? We are not sure but he and Francine Slobodnik used to be a thing in late 2013.

You might recognize Francine, that is if you are into the whole fitness vibe; she happens to be a very well known fitness model. According to his LinkedIn, Justin holds a Bachelor of Arts (B.A.), Kinesiology and Exercise Science from North Central College and has several certifications from the National Academy of Sports Medicine.