Julie Leach is the lucky woman who recently joined the select group of reach people! The 50-year-old became the winner of $310 million!

Reports say Julie Leach was on a break from her shift and was having a bad night when she realized she had won last Wednesday’s Powerball drawing.

During a news conference today, Mrs. Leach said she automatically resigned her job, which she described as a a “nasty, ***** job.”

Julie Leach worked as a supervisor at a fiberglass factory, Aquatic Bathware where she worked for over 2 decades. The 50-year-old was working the overnight shift and headed to a nearby McDonalds to take her break. She then realized she had become a millionaire.

According to the Sturgis Journal, the Three Rivers resident, matched all of the winning numbers drawn in the Sept. 30 Powerball drawing: 21-39-40-55-59 and the Powerball, 17, to win the jackpot.

Becoming the  third Michigan player to win the Powerball jackpot. Her win marks the second-largest ever won in the state.

Julie Leach purchased the winning ticket at a Shell gas station according to NBC, along with a cup of coffee around 6:30 p.m. She then headed into her job at the factory.

The mother and grandmother told the press: “It’s crazy, Unreal. Never thought it would happen. I’m still in disbelief.”

When you suddenly become an overnight rich person, the question arises, what to do with that money! Well, according to Julie Leach, she has a pretty good idea already. She’s said she intends to build houses for her family. 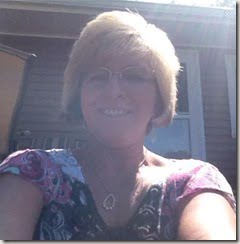 Julie Leach, has lived with her partner for almost 40-years and she plans to “buy a bunch of land and build our kids homes.” She and her partner of 36 years, have three children and 11 grandchildren.

What would you do if you were the winner?