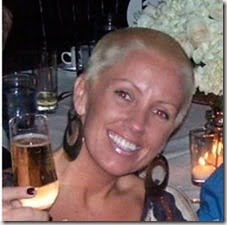 Bruce Beresford Redman, the co-creator and executive producer of MTV’s Pimp My Ride and a former producer of Survivor, had an affair with casting director Joy Pierce.

Bruce is accused of killing his wife Monica Burgos, found dead on April 8, 2010 at the Moon Palace resort in Cancun, Mexico, where they were vacationing. He was detained and questioned by the police. A witness at the hotel claims to have seen the couple arguing on April 4 and Beresford-Redman was reportedly seen with scratches on his body. Monica’s cause of death has been determined to be asphyxiation. Beresford-Redman was extradited to Mexico on February 8, 2012.

The couple got married on April 8, 1999 in Rio de Janeiro, Brazil, and had two children, Alec and Camila.

Bruce first worked with Joy Pierce on “The Contender” in 2005 and again on “Crash Course”, a USA network show in 2009. Pierce is a casting director in Hollywood. Reportedly, Pierce and Beresford-Redman’s affair lasted for six months. Bruce’s wife Monica discovered the affair and confronted him, they were on couple’s counseling in an attempt to save their marriage.

“That’s why they went to Mexico — because she decided she wanted to try and reconcile the marriage and she believed he was done with the other woman,” Carla Burgos, Monica’s sister told RadarOnline.com.

Joy Pierce, Bruce’s mistress, runs JoyJoy Casting. The company’s web site, MySpace and Twitter accounts were deleted since the scandal, as well as her personal Twitter account and LinkedIn profile.

According to IMDb, Pierce has been in Casting Department for: Dance War: Bruno vs. Carrie Ann, Rock Star: INXS, and The Contender. Casting Director for: The Lazy Environmentalist, Crash Course, Most Popular, MTV’s Top Pop Group, The Big Give, Dance War: Bruno vs. Carrie Ann, How Much Is Enough?. And the Supervising Producer of Crash Course in 2009.

One of the lasts publications seen in her deleted Twitter account was a calling for potential cast members on an upcoming show on The CW called Shed to Wed, which seems to be a show about overweight engaged couples wanting to lose weight.