Joseph “Joe” Burkett is the husband of CBS correspondent, Lara Logan. His wife who’s award-winning reporting from war zones has earned her a prominent spot among the world’s best foreign correspondents, was rushed to the hospital with internal bleeding earlier this week! 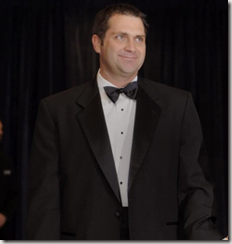 Joe, a former soldier originally from Texas met Lara while he worked as a federal contractor stationed in Iraq back in 2008; at the time he was separated from his wife back in Texas. Lara who was also married to Jason Siemon had long agreed to a separation. 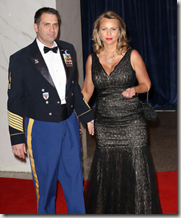 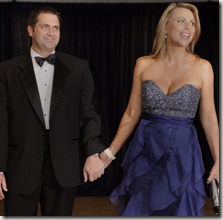 Joe’s first wife, Kimberly (pictured below) charged Logan that she had broke off their marriage. The divorce proceedings turned messy at the time with media reports taking special interest in Lara.

In his first marriage, Joe fathered a daughter, Ashley. He and Lara are the parents of two children: son, Joseph Washington who was born in December 2008 and daughter Lola, born in March 2010. 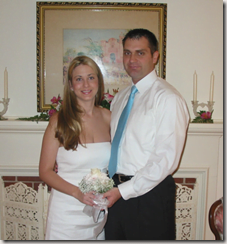 After getting all the drama past them, Joe and his new family, moved to Washington. He was recently described as a  work-at-home Congressional liaison, who is doing what all work-at-home dads do, i.e. strategically skirting past areas populated by children. 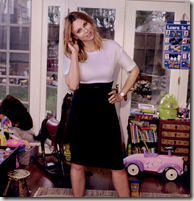 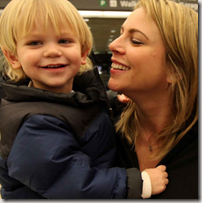 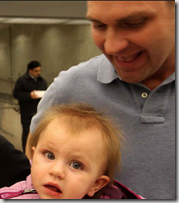 The South African native is expected to spend a few days in the hospital. We wish her a full and speedy recovery.