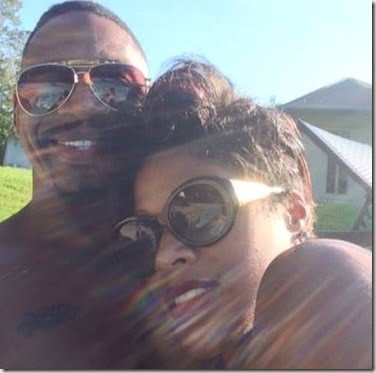 Did you happen to watch the ugly brawl that went down on the set of  “Love & Hip Hop: Atlanta” reunion show? Did you catch the part when Joseline Hernandez is accused of being high?

According to TMZ Joseline’s hubby, singer Stevie J is sticking up for his wife saying she was definitely not high and that they will take legal actions against the liars who made up his wife was high on crack! Born in 1976 –not in 1986 like she says –Shenellica Bettencourt, now better know by her stage name Ms. Joseline –who is a rapper –came to prominence for her role on the VH1 reality, she came to prominence after being featured in the 2012 love triangle between Stevie and his then girlfriend Mimi Faust. She ended up becoming the wife of Stevie last year.

The controversial  VH1’s Love & Hip Hop’s star has quite the skeleton closet; back in the day the Puerto Rican rapper was a stripper.

“I was a classic stripper. The top of the line stripper,” Joseline told Funky Dineva. Guys didn’t even touch me, HONEY! I use to be on stage, and make $10,000 in three songs.”

She might not be shy about her past but she is also quite familiar with the law!

Joseline was first arrested in February 2003 for lewd and lascivious behavior in Miami. She was arrested for the same charges in August 2007. Joseline has previously alluded to her time on the streets, saying she felt compelled to do whatever it took to earn money for her struggling family. She said during a 2012 interview:

“I’ve been taking care of my brothers, my sisters, my nieces and nephews, my mom and dad… Ever since I was 16 I’ve been giving my mom money,”

At one point the former stripper and personal trainer –according to her VH1 bio –was thought to be actually a dude but Joseline bieng Joseline denied the claims posting a nude photo of her!

Do you think there is a small possibility she was high (on crack) as her co-star, Althea Eaton and husband Benzino claim?