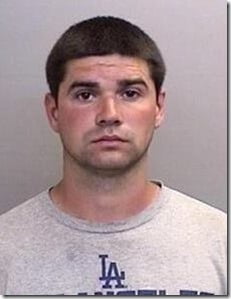 A senseless killing, we know the Giants and Dodgers are longtime division rivals, and passions tend to run high when the teams play but the death of 24-year-old Jonathan Denver yesterday has caused his family and friends unimaginable pain.

The young man was killed in Wednesday’s attack, and was identified as Jonathan Denver, the son of one of the Dodgers security guards. Denver along with his father and his brother had left a bar around 11:30 p.m. when they got into a spat about the Giants-Dodgers rivalry with another group of people leaving a nightclub.

At first, no one was seriously hurt in the fight that occurred near San Francisco’s AT&T Park, after the Giants played the Los Angeles Dodgers; about 90 minutes after the game ended Denver was dead. The spat was picked up a second time although it wasn’t clear who started the second fight, it ended with Denver’s stabbing.

Denver was born in Los Angeles County originally from Alhambra, just outside of Los Angeles but was living in Fort Bragg in Northern California, a city about 170 miles north of San Francisco, according to public records. He and his brother came to San Francisco to attend the game with their father, a big Dodgers fan who lives in Southern California.

Jonathan worked at North Coast Plumbing in Fort Bragg since 2001; his employer said

“He was a hardworking kid,”

According to CBS reports, Jonathan was attacked by three man, his crime was apparently being dressed in Dodgers gear; the altercation involved about ten people which made it more difficult to know who was doing what, after he was stabbed he was transported to a local hospital after the fight was broken up where he was pronounced dead from his injuries.

The Dodgers said in a written statement

“There is no rational explanation for this senseless act,”

Police have arrested two people in the attack and no further details on the suspects have been revealed.

You can find a Facebook page on Jonathan Denver’s memory here.