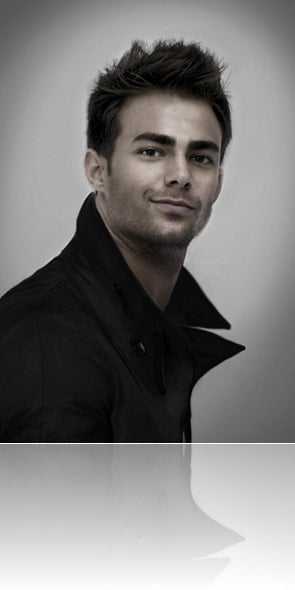 33-year-old Jonathan Bennett from Rossford, Ohio is mostly known for his role as Aaron Samuels in the 2004 film Mean Girls along Lindsay Lohan and Rachel McAdams.

Before becoming an actor Jonathan attended Eagle Point High School and Rossford High and graduated in 1999 from Otterbein College. Bennett left his brothers Brian Brent and sister Lisa in Ohio when he decided to pursue acting in NYC.

Bennett’s filmography include the  2003 film Season of Youth, Love Wreck and Cheaper by the Dozen in 2005, Bachelor Party Vegas in 2006, Dukes of Hazzard: The Beginning in 2007, National Lampoon’s Van Wilder and Eastwick in 2009.

In 2010 we saw Jonathan on Elevator Girl and Morning Glory in 2010, in 2011 Cats Dancing  on Jupiter, in 2011 we saw him on Memorial day, Divorce Invitation and Holiday High School Reunion.

Last year he starred in Police guys, The Secret Village, Misogyst and Anything is Possible, This year don’t miss Jonathan Bennett in Authors Anonymous.

For a while girls have wonder who is Jonathan Bennett’s girlfriend, but  some people are pretty sure that there is no way one can find who could be the lucky girl dating Bennett, because allegedly he is gay.

We are not confirming that rumor, but Perez Hilton has been following Bennett’s romantic life pretty close and he was the first to report the story of Jonathan dating Kyle XY hottie at Dallas in March,  2009 and announced their breakup a few weeks later. Is Jonathan Bennett dating anyone at this time? a birdie told us he has been seen spending time with **** model Adam Huber, we dunno if Adam is gay and even less if they are dating. What about you? Gay or straight Jonathan Bennett is absolutely and without a doubt a 100% hot and if no girl or guy shows up to support we will!!