Jon Tsouras is the partner of English actor, dancer, singer, panelist and television presenter, John Partridge. Her 44-year-old boyfriend, best known for his role of Christian Clarke in the long-running BBC television soap opera EastEnders, is currently a contestant on Big Brother.

According to Radio Times, Partridge played Jane Beale’s younger brother Christian Clarke in long-running BBC soap EastEnders. He joined the drama in 2008 and caused all sorts of bother with his brash ways and bare biceps. He left the Square for good in 2012, before returning in 2014 for Lucy Beale’s funeral and once again in 2015, for Ian and Jane’s wedding.

Partridge presented The National Lottery and appeared as a judge on Andrew Lloyd Webber’s Over The Rainbow talent search. And let’s not forget his stint in BBC1’s gymnastics-themed celebrity competition Tumble.

He’s also no stranger to treading the boards. Partridge has appeared in a number of pantos and plays. In fact, he’s set to start touring the country with Sam Bailey and Hayley Tamaddon as Billy Flynn in the UK’s production of musical Chicago. The run kicks off in Oxford on 12th February. 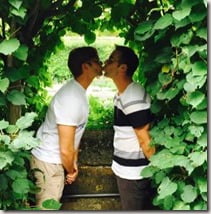 As for his personal life, Partridge has been in a relationship with Jon Tsouras for years. They tied the knot in a civil partnership in 2011. Before making it official they dated for 8-years.

Jon Tsouras is also in the acting industry. He plays Corny Collins in the Hairspray UK Tour. According to his bio, Jon Tsouras hails originally from Canada, where he trained at the Royal Winnipeg Ballet. 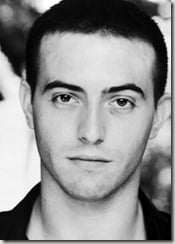 Canadian Credits include: Joseph and the Amazing Technicolour Dreamcoat, Crazy For You, Singing in the Rain, 42nd Street, A Chorus Lineand one season at The Stratford Festival, where he performed in The Hunchback of Notre Dame and Gigi.