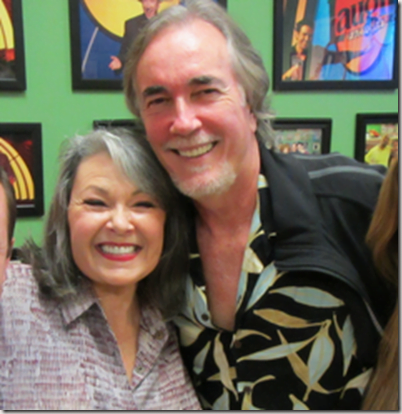 Musician Johnny Argent and iconic actress/comedian girlfriend Roseanne, are in for a treat! According to reports Argent will be following closely the DWTS upcoming season, since rumors say his partner of over a decade will make her best effort to win this seasons’ coveted mirror ball trophy! Reports say 62-year-old Roseanne has not been confirmed just yet but her name keeps coming as one of the possible cast members. Argent’s gal is the mother of three children fro first marriage to Bill Pentland in 1974. Following her divorce in 1990 she then was famously united to fellow actor and comedian Tom Arnold. In 1995 she then tied the knot to her former security guard Ben Thomas, they produced a son named Buck and remained together until 2002.

It was until 2003 that Johnny came to her life and have been together ever since. The couple had previously met online in 2002 when Argent ran a writing competition on her blog. At the time he was based in Tucson but the couple moved to Hawaii.

Argent, now 66, played with several other musicians in the Old Mac Nut Factory. Would you like to see Roseanne in DWTS season 20?