Jodi Stachowski is the ex-girlfriend of Steven Avery the subject of Netflix’s documentary Making a Murderer, Jodi was also in Netfilx’s series as one of the supporters of Avery who was at one point her fiancee, so what made her change her mind about Avery’s innocence? Why does Jodi Stachowski say Steven Avery is guilty? What exactly does she know that made her call him a monster?

Jodi Stachowski sat with Nancy Grace for an exclusive interview to come forward about her former fiancee Steven `avery who she described as the monster who beat her all the time..

He beat me all the time, punched me. Threw me against the wall. I tried to leave. He smashed the windshield out of my car so I couldn’t leave him …

“He told me once, all bitches owe him, because the one that sent him to prison the first time,” she says, referring to Avery’s wrongful conviction for sexual assault in 1985, for which he was in prison for 18 years. “We all owed him. And he could do whatever he wanted”

Jodi seemed to be one of Steven Avery’s biggest supporters, was it all a lie?

Jodi said she was a victim of Avery’s evil ways, a prisoner of a deeply disturbed man who was not going to let her out of his sight, the only way out was in a coffin, in order to put an end to her misery, Jodi Stachowski decided to do the unthinkable.

“I ate two boxes of rat poison just so I could go to the hospital and get away from him, and ask them to get the police to help me,” she says.

It is unknown what happened but after his conviction in 2007. Jodi was free. Jodi Stachowski started dating Steven Avery in 2005, she said at first he was nice to her, but soon the real side of him came afloat.

He choked me one night. Well, actually, he started hitting me, so I called the police. So he choked me and was dragging me out the door so we could leave before the police got there and we were driving down the road. The police that were on the way pulled over and they took me out of the car and asked me what was going on. They arrested him and ordered him to stay away from me for three days. 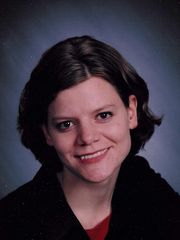 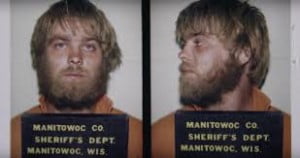 Jodi said she decided to come forward now, so people could know the truth about Steven Avery.