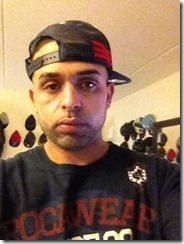 32-year-old from Lawrence, Massachusetts Jeremiah Mieses, is the son of Rev. Edwin Mieses and Marisel Mieses. Jeremiah was injured after a group of motorcyclists surrounded the driver of a black Range Rover, prompting a confrontation that later led to a vicious assault in the city.

Earlier we told you about Alexian Lien and his ordeal as the road rage victim, but unfortunately Mr. Mieses was also badly injured during the whole incident. Mieses, was among a group of bikers knocked down by Alexian Lien, who was trying to protect his family after he was pursued by the group.

The chase came after a biker, Christopher Cruz, was allegedly driving erratically, causing him to be hit by 33-year-old Lien, who was driving his Range Rover with his wife and child inside.

When other bikers pursued and cornered him, he plowed through them; breaking the legs of two of the riders and leaving Jeremiah uncuncious.

Jeremiah was born April 8, 1981; he speaks English and Spanish and attended Lawrence High School in Lawrence, Massachusetts graduating in 1997.

His father who at Lancaster Bible College has been a pastor at Buenas Nuevas E.C church for the past 15 years, said

‘My son is out of surgery thank God,’ ‘Now comes dealing with him not able to walk again. 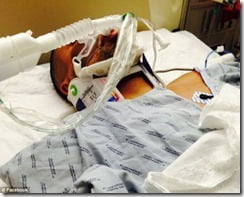 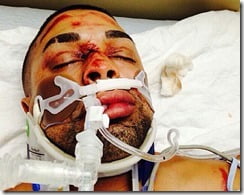 He and his reported wife, Dayana Mejia have been known each other for more than a decade, according to her Facebook, since February, 1997. So we assume they are high school sweethearts. According to his Facebook the couple has two children,a son named Shaeem Mieses who recently graduated from high school (pictured below) and a daughter named Jaylese Amani Mieses, also pictured below. 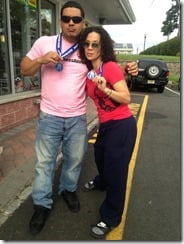 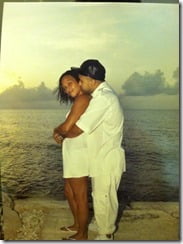 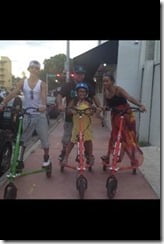 “Jay Meezee” is his rap name, Jay or Jeremiah’s family claims their, son, husband, father is the real victim in the incident, the Post reports Mieses’ spine was crushed and that he may now be a paraplegic.

Jeremiah’s wife told WBZ-TV in Boston that her husband had gotten off his bike to help a pal who’d been knocked over.

Definitely not an easy situation for all the parties involved. One of the bikers has been arrested so far, a guy named Christopher Cruz.

Don’t miss his video below which features high speeding bikes.