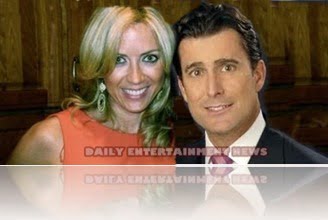 New shocking evidence about disgraced Rob Morrison who was arrested after he tried to choked his wife Ashley Morrison, when media uncovered the affairs he had with two gorgeous fellow anchor women, one of them remains unidentified, but the second one is Jennifer Rainville who not just is an Ashley Morrison look a-like but also wrote a book about the affair she had with Morrison.

According to New York Daily News Former CBA Anchorman Rob Morrison who resigned from his job after his arrest for twice trying to choke his wife Ashley Morrison was also involved in two steamy affairs with two blonde bombshells, one of those two is Jennifer Rainville.

Jennifer was just 25 when she moved to New York and got a job at WNBC,while there she became romantically involved with Rob Morrison they even got engaged but things didn’t work between them and eventually broke in 2002, Rob got married to Ashley Risk now Ashley Morrison and Rainville got a job as an on-air reporter for NY1.

But Morrison would continued to pursue her despite the fact that he was already married. 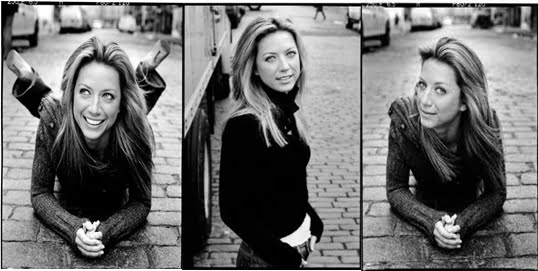 38-year-old Jennifer Raiville was born on August 24, 1984 in Springfield, Massachusetts, she holds a Bachelor of Arts degree in English Language and Literature, her passion over books and writing began at an early age when a young 10-year-old Rainville began composing poetry, and continued throughout high school when she was an editor and reporter at the school’s newspaper.

While at College in Washington Rainville got an internship  at Senator Edward M. Kennedy’s office, Jennifer stick to politics and got herself a job as an aide at the White House with President Clinton and continued to served on Al Gore’s presidential campaign.

After Jennifer Rainville was done with television and politics she began to write her book “Trance of Insignificance” published on April, 2011, the novel’s description tells us.. 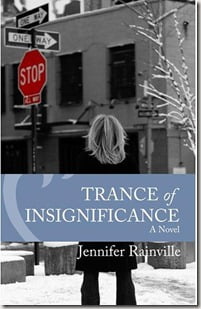 On a cold January morning, just as Jules Duvil is finishing her shift as a producer at NEWS 30, she makes a spontaneous decision to grab a beer with Jack, the hunky anchor of the station’s top-rated morning news program. It is a decision that will shake both of their lives forever.

Soon, Jules and Jack become entangled in a torrid and tumultuous romance, so intense it ends up tearing them apart. Seven years later, Jules has a life beyond what she could’ve ever imagined having grown up in a run-down duplex in South Boston.

She lives in a beautiful townhouse in the West Village with her handsome husband and is on the verge of publishing her first novel. But a call from Jack sends everything spiraling. Suddenly the memories of their potent love affair and the wounds she thought she’d healed resurface and Jules must choose between the life she always wanted and the only man she ever truly loved.

Rainvlle had the opportunity to act, in 2004 she starred as Gillian Glessner in The Sopranos and in 2006 as a reporter for Little Children. Jennifer Rainville resides in Manhattan her father David and sisters Elizabeth, Patty and Julie still live in Massachusetts.