Meet Jenisa Marie Garland, the wife of 50-year-old Isaiah Washington IV, consecrated TV and film actor, producer and author of his the book titled A Man from Another Land.

Her hubby is widely remembered after he was famously fired from the ABC medical drama Gray’s Anatomy in 2007 after reportedly calling former co-star T.R. Knight a homophobic slur.

Believe it or not it has been 10 seasons of Gray’s Anatomy and after exiting the ABC hit drama in the season three finale, Jenisa’s man is set to make his return as Dr. Preston Burke! Her hubby was media/punished for all the negative backlash following the incident, but Washington /Burke was brought back to help Grey’s give Cristina a proper goodbye as Sandra Oh is set to exit the show. Yes, we are saddened to see her leave too! Do you think if Sandra Oh/ Cristina Yang wasn’t leaving, Burke will be back?

Her hubby has not been the only one to be involved in scandals! Back in 2012 Jenisa showed she can easily lose her temper! At the time, Garland reportedly assaulted makeup artist Merc Arceneaux during an outing at Club Deep in Hollywood, Star magazine is exclusively reported.

An onlooker at the scene told Star exclusively how the uncomfortable situation unfolded.

“Jenisa marched up to Merc while she was chatting with Isaiah and said, ‘Really, Merc? Really?’” the onlooker said. “She threw a drink in Merc’s face. And when Merc said to Isaiah, ‘Talk to your wife,’ Jenisa slapped Merc across the face.”

Ouch! Jenisa became officially Ms. Washington February 14, 1999. She is a mom of the couple’s three children together. And as you can probably tell, she is one passionate woman. The short haired has kept a low profile but is always seen with a big smile next to her man in main events.

Jenisa is the proud momma to sons Isaiah Akin-Olu, Tyme Baraka, and daughter Iman Sele. The 45-year-old has been married to Isaiah for close to two decades. The family has previously lived in Los Angeles, CA; Venice, CA; Beverly Hills, CA; Glen Dale, CA among others.

Her hubby who was in the Air Force prior to acting and after leaving Howard University (Theater Arts major), he became an original member of the City Kids Repertory has been accused of going ballistic on set once or twice. Do you think everything will go smoothly this time around?

Stay tuned in, to find out! 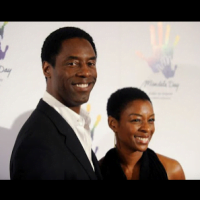 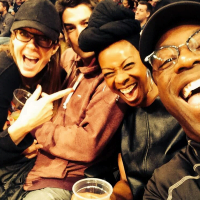 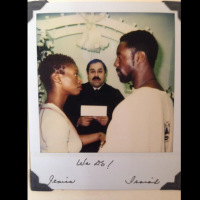 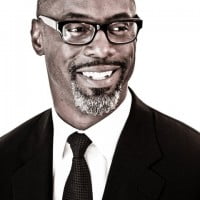