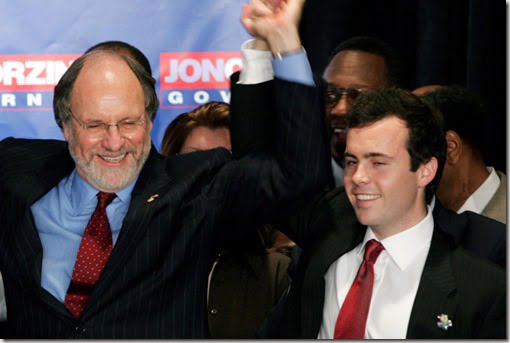 This is one of those news we don’t like but are inevitable. 31-year-old Jeffrey Corzine, the son of former NJ governor, Jon Corzine has died. His father is a former college Young Republican who won election to the United States Senate by proposing the most liberal platform of any major Senate candidate. The financial exec and politician was governor of New Jersey  from 2006 to 2010.

According to the NY Post, Jeff Corzine was the youngest of the former politician’s three children with ex-wife Joanne Corzine. Jeff was a constant by his father’s side in the days after the former governor’s near-fatal car crash in 2007. According to his Facebook page, Jeff Corzine attended Pomfret School, in Pomfret, Connecticut and graduated from NYU in the class of 2008. His hometown is listed as Summit, New Jersey but was residing in Malibu, California. He enjoyed spinning, yoga and golf.

Close friends say he worked as a drug counselor in California, but had also launched a photography website. He opened a profile with modelmayhem where his last activity was on May 29, 2013. The profile claims he was experienced in photography, genres including Art, Dance, Editorial, Fashion, Fitness, Glamour, Hair/Makeup, Lifestyle, Lingerie, Performance Artist and Swimwear.

According to records online he also worked at Image By Jeffrey/ In.light Production.

Details of his death have not been released. A spokesperson for his father said,

“Mr. Corzine is obviously devastated by this tragic loss,” “We ask that all respect his family’s privacy during this very difficult time.”

He leaves behind his parents and older siblings, sister, Jennifer –who is now Jennifer Rebecca Corzine-Pisani, married to David Pisani; and brother Josh Corzine. Jeff along his brother and sister wrote to protest the portrayal of their parents in a 2012 February issue, feature entitled “Jon Corzine’s Riskiest Business.”

Our deepest condolences to the Corzine family.