Jay Smith is one among the men casted in season 16 of The Bachelorette, originally starring Clare Crawley who has now been replaced by Tayshia Adams.

Jay hails from Fort Lauderdale, Florida; the 29-year-old certainly made an impression on Clare and viewers after he exited the limo wearing a straitjacket…the next thing he said to Clare was he’d “gone a little crazy” waiting to meet her. Was it a good or bad impression, is yet to be seen.

Jay Smith is a fitness director with his very own training joint. He owns and runs a personal training center called Raw Fitness Boca.
As expected for an athletic trainer, Jay is fit and leads a healthy lifestyle; he certainly isn’t afraid to appear shirtless.
In addition Jay is definitely your guy when it comes to sports as well. He is skilled in a number of them including golf, football, baseball, basketball, and fishing. 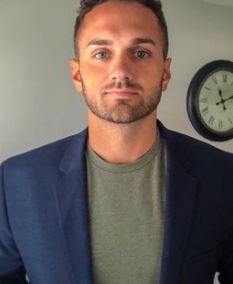 Smith keeps pretty active on social media where he has over 3k followers. He often updates his feed with images of his love for the Philadelphia Eagles, his very adorable nephew, and his numerous travels.
Jay is a big traveler, Smith has been to China and Tanzania.

When it comes to love, Jay stated on his Bachelorette bio, he “wants a woman he can be 100% himself with and says his perfect date is one filled with random adventures followed by good wine and meaningful conversation. When he falls in love, he says he “works every day to make sure [his partner] feels it.”
Something he can not simply stand? Jay is annoyed when someone can’t put down their phone for more than five minutes. Indeed, that is really annoying.

Do you see it happening for Jay Smith and Tayshia Adams, now that Clare Crawley has made an early exit?